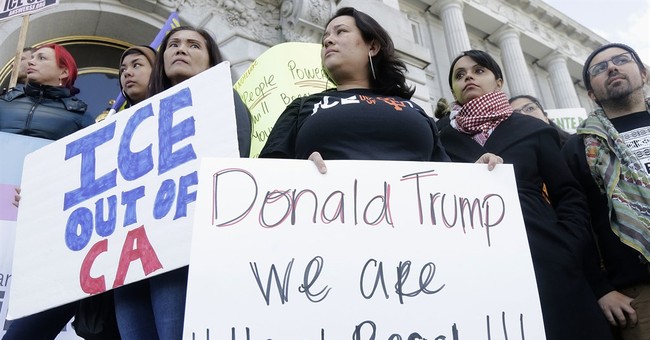 Around 700 companies have announced bids for the border wall job-- but the company that prevails may get some bad news along with it.

Policymakers in cities around the country are making plans to shame the companies who receive the bid for the border wall design. Cities around the bay area are avidly pushing the threats. The cities of Berkeley, Oakland, and San Francisco have all proposed plans to divest the selected border wall company of any city contracts in their vicinity. For example, any companies that receive the bid to contribute to the progress of the wall will be admitted to a blacklist in San Francisco, according to Time. There are already several big construction companies in San Francisco that have multiple contracts with the city and have announced interest in designing the wall. One of San Francisco's supervisors, Hillary Ronen, specifically pointed fingers at these companies (TY Lin, Hensel Phelps Construction Co., and others) when announcing the bill. Other lawmakers of New York, Arizona, Illinois, and Rhode Island have decried similar threats, as Time reported.

Time to move beyond symbolic protest to protect our deepest values. Today I'm introducing legislation that would... https://t.co/c482AlYbNq

Berkeley Mayor Jesse Arreguin tweeted his commitment to the matter.

I have signed into law our City's divestment from companies involved in Trump's border wall, and opposition to any #MuslimBan. #NoBanNoWall pic.twitter.com/tYPufpQFn0

One Bay Area contractor who is reportedly on the "blacklist," James Flanagan of JK Flanagan, explained his resentment of the bill to Fox Business. "I think that's ridiculous," he said. "I think that's a perfect example of tyranny. And we need to stand up and fight for that." Fox Business further added commentary from an interview with a UC Berkeley professor, who explained that Berkeley could be breaking the law in blacklisting these companies. "The city of Berkeley should not be discriminating based on political views…I think then you’re going to start getting the courts involved and it’s going to look very skeptically at what this city is doing," School of Law professor John Yoo told FBN.

Time explained the probability of the bills in their report.

"Some of these proposals stand virtually no chance of becoming law. In places like Arizona, where Republicans control both chambers of the legislature, the measures have little hope of even getting a committee vote. In the deep blue Bay Area and New York, such bills have a much better chance of taking effect."