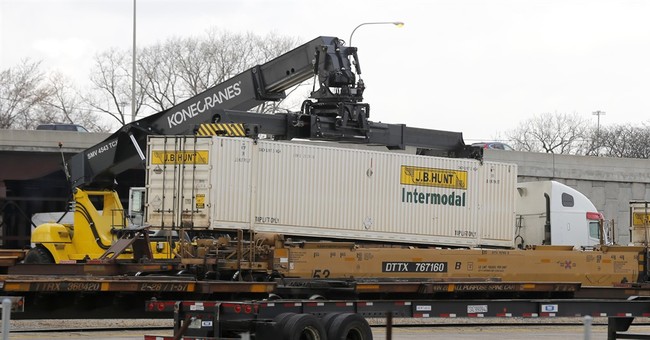 Sure guns are deemed illegal in Chicago, but gangs will always find ways around that-- illegal means nothing to them.

Chicago's rail yards happen to be right in the vicinity of its most violent, gang-laden neighborhoods-- the south and west sides. It's been a practice since 2013, looting freight trains that bear loads of brand new guns, AKA a dream come true for these violent criminals. This has occurred in other states, but the frequency of occurrences in Chicago has made it an outlier. After being stolen, a minuscule fraction are later recovered.

The AP presented a good analogy for the new practice: "Some gangs treat rail yards as if they are shopping malls."

The rail yard enterprise of Chicago presents a highly convoluted security challenge, which the AP described in a report.

"There's little incentive to spend millions fortifying yards because railways are well insured and don't take a big financial hit when cargo is lost, said Frank Scafidi, an ex-FBI agent and spokesman for the National Insurance Crime Bureau. He said railways weigh costs such as new fencing against the odds thieves will "win the lottery" and pick the one boxcar out of thousands with guns.

Fox News reported on why this presents such a perturbing issue.

"In a city already reeling from one of the most violent crime waves in years, where tens of thousands of firearms are recovered from the streets every year, 150 stolen guns might not seem like a big deal. But one single gun can be linked to at least 14 fatal shootings, according to the ATF."

In 2016, Chicago's number of homicides was the highest in 19 years.