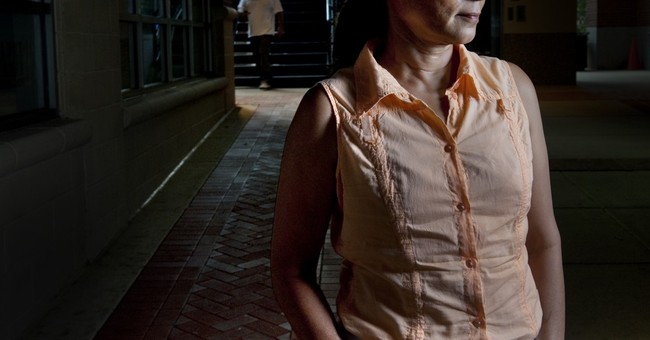 As there were hopes the President Trump would loosen the bolts on the kidnapping case of former CIA case officer Sabrina de Sousa, reports are now saying that de Sousa may now be freed from punishment.

Sabrina de Sousa was a case officer for the CIA before she was convicted by the Italian legal system in 2009 for efforts she contributed to, behind the scenes, to capture a supposedly dangerous man from Milan and bring him back to Egypt for questioning and ultimately prosecute him on terrorism charges.

NPR explained the grounds on which de Sousa was convicted.

"De Sousa was posted in Italy undercover as an American diplomat during the Bush administration. She was among a group of intelligence officers who Italian prosecutors said were involved in snatching a suspected terrorist, Abu Omar, off the streets of Milan in 2003. He was taken to an American air base in northeast Italy and then flown to Egypt, where he was interrogated and where he says he was tortured. The United States used 'extraordinary rendition' to grab and transport hundreds of people thought to be connected to terrorism in the years after the Sept. 11, 2001, terrorist attacks."

For seven years, de Sousa, along with 26 other intelligence community officers, lived her life with an Italian arrest warrant looming over her at all times.

CBS News explained that American intelligence officials weren’t the only ones involved in the program.

"Italian military intelligence officers also were convicted in the abduction, but the nation’s top criminal court ultimately threw out those convictions, ruling that the cases against them couldn’t be prosecuted due to state secrecy.”

About 18 months ago, de Sousa decided to accept the risk and travel to Portugal where her family resides. However, upon arrival she was taken into custody due to an arrest warrant encompassing all of the EU.

However as of today, March 1, de Sousa’s lawyer has said she will not be extradited to Italy as was planned, and will likely be set free.

“The news came less than 24 hours after the Italian president granted Sabrina de Sousa partial clemency on the eve of her expected extradition from Portugal to serve a prison sentence for her alleged role in the kidnapping.”