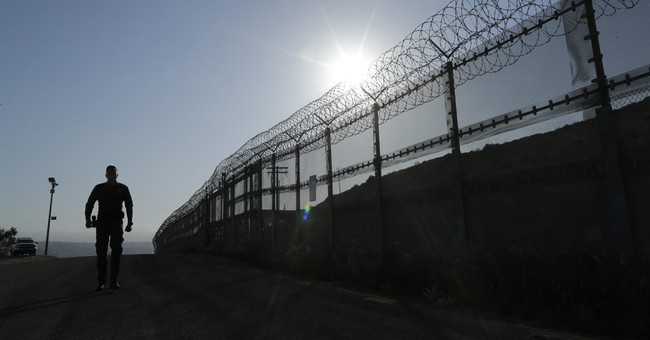 Drug smugglers are putting forth efforts to outsmart Trump and his forthcoming wall.

U.S. Border Patrol agents discovered something suspicious at the border of Douglas, Arizona. They tipped off the Mexican agents, and it turns out it was a large catapult used to launch drugs from the Mexican town of Agua Prieta, Mexico to Arizona. Even more clever, the catapult was built into the top of the border fence.

After locating the catapult, agents found two bundles of marijuana near the scene, according to a statement released by Customs and Border Protection (CBP). Upon notifying Mexican authorities, U.S. border agents dismantled the device and Mexican authorities seized it.

However, innovation isn't new to drug traffickers, as we've come to notice throughout the years. Fox News reported that, "in recent years, smugglers have been known to shoot bundles of drugs over the border with devices such as air-powered cannons and catapults."

Arizona CBP tweeted, pun and all, about the incident.

Apparently, this border port is quite the hot spot. CNN detailed an event that occurred at the same port last year.

Last year, authorities at the same border crossing discovered 2,493 pounds of marijuana that had been disguised as carrots. It took two Ford pickup trucks to haul away the phony carrots, which the CBP estimated were worth almost a half-million dollars.