Senate Republicans Turn To Donors Who Refuse To Aid Trump 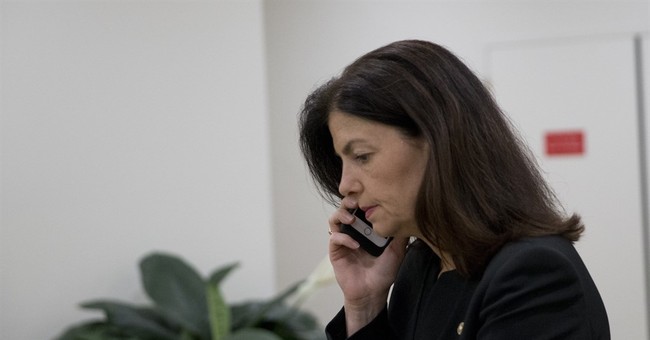 While many are consumed with the race for the Presidency, the race to control the Senate is also happening this year.

The 2016 elections have a special relationship. Many political donors who regularly aid the Republican Party are either refusing to donate or donating significantly less this election because of Donald Trump.

Just some of these donors include: The Republican Jewish Foundation who has decreased their donations from $16.5 million in 2012 to $5,400 in 2016, Stanley F. Druckenmiller of New York, Seth Klarman of Boston, Jeffrey Yass of Susquehanna International group and Paul Singer of Elliott Management.

In addition to these big name donors, Joe and Marlene Ricketts who own TD Ameritrade, a multi-billion dollar online stock-trading company have previously aided the Republican campaigns $30 million dollars but are not donating this year. After criticizing the presumptive Republican presidential nominee, the couple received a tweet from Trump saying "They better be careful."

Charles and David Koch have also been very critical of Trump and are unlikely to donate as well.

This opens the door for Senate campaigns to gain an advertising advantage against the Democrats.

The current U.S. Senate is controlled by Republicans at 54 to 45.

This election year there are 34 seats up for grabs and 24 of them are currently held by Republicans. The Democrats are looking for four or five seats to regain control.

According to CNN, other donors who have regularly donated to Republican campaigns plan to “reinvest their fortunes in these outside groups and essentially sit out of the presidential race” because Trump steamrolled their favored Republican Presidential candidates in the primaries.

McConnell-Rove network and the Koch Brothers give $1.5 million in aid to Sen. Marco Rubio’s race in Florida and Chamber of Commerce has spent $13 million in November Senate races. National Republican Senatorial Committee is investing $28 million in fall races but this number is expected to grow.

“A lot of people decided that the Senate races are equally important -- and in some cases, people have decided that they're more important," said Bob Pence to CNN.
PolitiFact Issues Another Bogus 'False' Rating
Katie Pavlich
The CDC is Changing Their Guidelines on Vaccines and Masking...Again
Katie Pavlich
Don Lemon: These Should Be the Punishments for People Who Refuse the COVID Vaccine
Julio Rosas