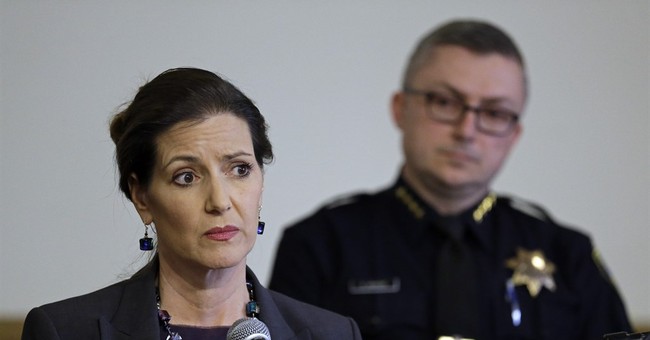 Investigations surrounding officers in Oakland have been going on since last fall following the suicide of police officer Brenden O'Brien. His suicide note revealed sexual misconduct involving himself, his fellow officers and a young woman.

New developments on allegations of racist text messages from African American officers have surfaced in the last week.

"I'm here to run a police department, not a frat house," said Oakland Mayor Libby Schaaf at a press conference this past Friday.

Amid all the controversy surrounding the department, Schaaf appointed the city administrator to run day-to-day operations at the police department. Three days later, Deputy Chief David Downing has been named acting assistant chief.

Downing is the fourth chief in the last nine days.

Following the suicide of Officer O'Brien last fall, disturbing allegations have surfaced involving an young woman by the pseudonym Celeste Guap(18) who used to be a prostitute and claims she as had sexual relations with over two dozen officers from five departments from Richmond to Livermore.

Having admitted to having sexual relations with officers while still a minor, Guap claims her compensation included money and information on how to avoid undercover prostitution stings.

Last month Oakland placed four officers on leave in connection with Guap's allegations, two of whom have since resigned.

Over the past month or so, the investigation has uncovered more to this scandal but cannot be publicized. "I have not been able to share the full story, because I may not under state law," said Mayor Schaaf.

To add to the controversy, it is important to know the Oakland Police Department has been under federal investigation since 2003.

While these allegations are serious and unfortunate, there are 745 people in the department. These scandals involve only a handful of those people.

Abuse of power is never okay, but not every police officer abuses it. This situation should be addressed and learned from, but making blanket statements on all police helps no one.

Anyone else following this insane scandal meltdown in the Oakland police dept? And people wonder why we people don't like cops. #corruption

There are corrupt people in every occupation, including officers. While people need to address the problems at hand, it is also important to recognize many men and women put their lives on the line for our safety.

The city of Oakland is acknowledging the problems and are actively trying to solve them as seen here in Mayor Schaaf's Facebook post.