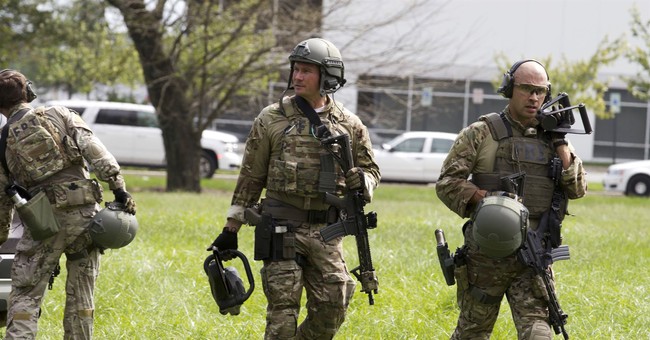 Matt Taibbi knew the writing on the wall. There was no way Rolling Stone would publish his pieces anymore—it went against the anti-Trump narrative. The irony is Taibbi isn’t pro-Trump at all. He’s not a conservative but an ardent liberal who has rejected the leftist experiment that has overtaken the Democratic Party. Taibbi was a contributing editor for the magazine but jettisoned that job to write full-time on Substack, from which he attacks the excesses of the Left and Right.

Liberals used to be the movement that defended free speech to the hilt and were curious about differing views. That’s been replaced by an arguably fascistic ethos that demands obedience to a prescribed narrative, aversion to freedom of speech and association, and treating any deviation as an act of disloyalty. The Left cannot see the forest for the trees now, which is part of the gist of Taibbi’s latest piece about one group of activists who have gone silent during the Trump years: civil libertarians.

Taibbi has but one question: where the hell did these people go? He already knows the answer, but it’s a lengthy and gentle excoriation of the very people who voiced their concerns about the excesses of the War on Terror under Bush. If you thought Barack Obama would end the Justice Department’s ever-growing mandate to search whatever they want unlawfully—you’d be gravely mistaken. It not only continued but accelerated under Attorney General Eric Holder. By the 2016 election, the Department of Justice had, according to Taibbi, near-universal search authority. The special review teams they assemble during their smash and grab search warrant operations—the TAINT teams—have weaponized information not included on search warrants to bear more pressure on the DOJ’s targets. The constitutionality of how this information is obtained is also murky, as most of it would have been excluded on any search warrant worth its legal salt. It’s a brilliant and chilling way for the government to circumvent search warrant procedures. The DOJ says to trust them that they will not misuse this information (via Taibbi):

As noted in the article, the DOJ is clearly no longer terribly interested in the courtroom, which is why the percentage of cases ending in trial keeps dropping (below 2% now). Once-skilled prosecutors find the unpredictability of judges and juries irritating, so they’ve spent decades pouring energy into new techniques for bullying people into pleas.

Federal investigators mostly don’t need to resort to such tactics, since they tend to hunt bigger game. But they still put thumbs on the scale. This includes everything from piling on terrifying quantities of charges to using counterintelligence authority to build cases by peeking at evidence that would otherwise be denied to them (a trick called “parallel construction”), to using “filter teams” to rummage through mountains of privileged material, to threatening potential witnesses and even lawyers with prosecution using laws souped up post-9/11 to blur lines between advocacy and conspiracy.

Most of all, they’ve mastered media. In the last two decades, the Justice Department and its related law enforcement partners have become a de facto primary national media operation. They now not only involve themselves in deciding what stories may or may not be circulated — it still boggles the mind that would-be liberals don’t see the peril in letting the FBI tell Facebook or Twitter when to throttle down distribution of any news stories, much less true ones — but fill papers like the New York Times and Washington Post with sensational headlines by having bottomless pools of “people familiar with the matter” whisper pitches to gullible journalists.

By November 2016 the DOJ had virtually unlimited secret search authority and had already set precedents that they believed allowed them to bypass judicial review whenever they felt like it. When Ed Snowden exposed an extralegal surveillance program, and intelligence chiefs lied to Congress about it, the Justice Department’s response was to give the chiefs a walk and indict the whistleblower. Civil libertarians were freaked out by all this as late as 2015. Many tried to mobilize. Then Trump got elected, and they all went quiet.

I know for a fact some figures in some ACLU offices bit their tongues about certain episodes because fundraising was going through the roof thanks to stories like the Trump travel ban, and they didn’t want to confuse their suddenly enthusiastic donors. The Carter Page case, in which an innocent person was placed under secret FISA monitoring after the FBI lied in its application to the secret court, was a dream opportunity for groups like the ACLU to show they stood up for all Americans. But the ACLU pooh-poohed the original “Nunes memo,” and only conceded the truth after an Inspector General’s report forced their hand. They did speak up about the “unchecked power” of Facebook and Twitter after Trump’s suspension, but stayed away from many other cases the old ACLU would have jumped at, like FBI involvement in monitoring political speech, even as they criticized Trump on other issues.

The reason it’s important to raise a fuss about abuses involving Trump isn’t in spite of the target. It’s because the DOJ trains extralegal weaponry (and its new expertise in lying through the media) on him in particular that these cases matter more. By the time Trump was elected, the only thing standing between the security bureaucracy and basically unlimited authority was the theoretical objection of voters and judges. So it mattered, a lot, when the DOJ repeatedly used illegal tactics on a sitting president and got away with doing so every time. If they could do it to Trump, they could (and do) do it to anyone, and seemingly on every day of his presidency, they violated new norms.

Authorities aren’t stupid. When they start smashing rules and throwing off constitutional restraints, they always start with someone unpopular. People as a result tend to shrug off the excesses in the moment, but it’s the world they wake up to ten years later that’s the problem.

In the War on Terror years we handed the government the power to conduct unlimited warrantless surveillance, which was bad enough, but the tools exist now to punish people without trial or conviction or even notice, by enlisting private partners to deny access to publishing or travel or credit or whole ranges of other services.

This would be totally in character for a Justice Department that finds judges and legislators irksome and would like to make the Attorney General’s manual the law of the land. This dystopia is coming, Trump or no Trump, but it’s coming faster because people who otherwise might be saying something keep being suckered by Current Thing melodramas and the allure of rich partisan donors, and can’t see even ten minutes into the future.

The American Civil Liberties Union should just pack up shop if they’re going to allow the government to run roughshod with these extrajudicial searches and seizures. They’re quiet because the latest target is Donald Trump. They don’t want to anger their new trove of wealthy white donors who are just as unhinged as the DOJ officials trying to ensnare the former president in a constitutional pickle. As Taibbi noted, these were the people who initially raised hell over the Bush administration's enhanced interrogation, rendition, and warrantless electronic surveillance programs. Trump is just a character in this play, but the last act hasn’t been written. Still, the silence from the civil libertarians could contribute to absolute tragedy: that we’ve become a security bureaucracy that is just a step or two removed from how Putin’s spookocracy operates.

Recommended
Friendly Reminder: This Is the Calmest Hurricane Season in 30 Years
Matt Vespa

You might have already noticed, but a litany of former intelligence and DOJ officials are now contributors on major news networks, being fed lines from the security state and repeated on-air without any scrutiny. Liberal audiences absorb all of it based on their animosity towards the former president, and the prosecutorial overreach gets overlooked. The DOJ’s media operation, which again adds pressure to its intended targets, also involves feeding the rabid anti-Trump reporter corps with flat-out lies that they know will be reprinted without question. This quasi-state media function forms the two-pronged assault that most ordinary citizens cannot survive.

Another aspect of this securocracy trend is that it is also used to chip away at Second Amendment rights. Democrats want to prevent those on terror watch lists from being able to buy guns, a position so heinous that even the liberal LA Times called them out. There is an appalling lack of due process regarding these lists. How one gets on the list and how to fight to remove one’s name is also a procedure clouded in mystery. At the time, the GOP said these mechanisms were critical to national security, while Democrats warned of civil rights abuses. Now, the roles are reversed.

The government is addicted to power and will push the limit in expanding it until the court or the people via elections rein them in—the problem is we’re past the point of no return. Can we get a chain around the neck of this mad dog DOJ that is running amok?