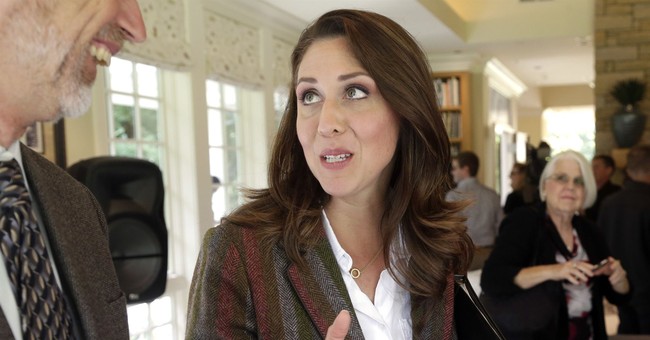 Pro-Trump impeachment Republican Congresswoman Jaime Herrera Beutler is in serious trouble in Washington. Beutler is facing a primary challenge from Joe Kent, whom we had the pleasure of interviewing on the Triggered podcast. Kent is Trump endorsed, an 11-tour combat veteran, and a Gold Star husband. His wife, Shannon, was killed in Syria fighting ISIS in 2019. Kent served in U.S. Army Special forces for 20 years. He’s an unabashed ‘America First’ Republican who could be on the precipice of knocking Beutler from the top two spots in this primary contest.

Washington’s election laws might be an alien world to some people. Everyone mails in their ballot, and they’re a “top-two primary state.” It’s a jungle primary on steroids. The top two vote-getters move onto the general, and it’s possible that two candidates of the same party run against each other. If you think this is a backward system, you might have a point, though voters approved this with 60 percent of the vote in 2004 (via K5 NBC):

Washington state’s Primary Election is right around the corner on Aug. 2, and Washington is a top-two primary state. So, what does that mean?

The top-two primary allows voters to choose among all candidates running for each office, according to the Washington Secretary of State’s Office. The two candidates who receive the most votes during the Primary Election will move on to the General Election, sometimes resulting in two candidates from the same party facing off.

As the vote tallies trickled in, Beutler’s lead over Kent was cut in half during the latest ballot dump. Cook Political Report’s David Wasserman posted today that the incumbent Republican needs a “miracle” to avoid being knocked out of the top two spots.

Update- as of tonight we are 257 votes away from JHB with 30k votes left to count.

Please help us get ready to fight with an audit & fund our legal effort -https://t.co/JsOHEvJ306

I’m only 1% behind RINO Beutler despite millions spent against me & the establishment supporting 2 spoiler candidates to split the MAGA vote.

We are within the margin for a mandatory recount & that will require legal support, help me stay in the fight!https://t.co/JsOHEvJ306 https://t.co/IFS6W42JoV

The butcher’s bill of Republicans who joined Democrats in their Trump impeachment circus might get another name added to the list. We'll have to wait for more returns on Monday because election officials have gone home for the weekend:

There will be no counting over the next two days, because we believe in weekends here in Washington state (thank a union!) Next reports will come from Clark, Cowlitz, and Thurston on Monday evening.

New: pro-impeachment #WA04 Rep. Dan Newhouse (R) advances to the general election, where he's safe. But he's lucky: his pro-Trump GOP challengers split 49% of the vote six ways, while he scraped by w/ 25%.