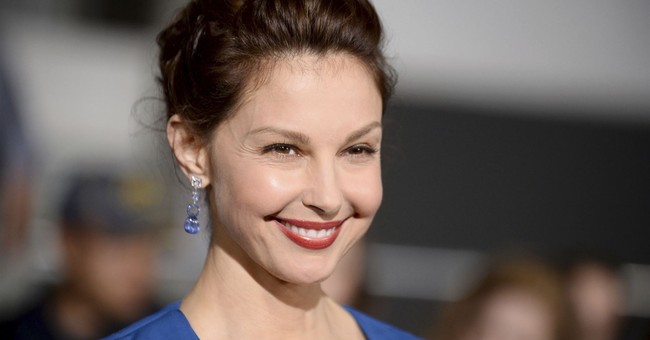 Naomi Judd passed away on April 30. She died one day before her induction into the Country Music Hall of Fame, along with her daughter, Wynonna Judd. The mother-daughter duo performed as the Judds since 1983. Yet, the late Naomi Judd had another daughter, actress Ashley Judd, who is known for her films "A Time to Kill," "Heat," "Double Jeopardy," "Kiss the Girls," and "Olympus Has Fallen." Her name was even tossed around as a possible challenger to Sen. Mitch McConnell (R-KY) in 2014. Not everyone on her side of the aisle agreed about that move, and she didn't run anyway. But politics have been put aside, as an outpouring of condolences has been directed toward the Judd family.

She recently sat down with "Good Morning America," where she noted that the family picked her to be the de facto spokesperson. They wanted to get ahead of the reports about her mother's autopsy that will eventually be released. They wanted to get ahead of the gossip that may follow. It was an emotional interview where the actress said she not only has to endure the loss of her mother but also the trauma. She was the one who found her. She also disclosed that her mother used a firearm to commit suicide (via NYT):

When Naomi Judd, the Grammy-winning country music singer, died last month, her daughter Ashley Judd said that she had lost her mother to the “disease of mental illness.” On Thursday, Ms. Judd was more candid, saying in a television interview that her mother had died of a self-inflicted gunshot wound at her home in Tennessee, and encouraging people who are distressed to seek help.

Ms. Judd, an actress, told Diane Sawyer on “Good Morning America” that she was speaking out about her mother’s death because her family wanted to share the information before it became “public without our control.”

“We’re aware that although grieving the loss of a wife and a mother, we are, in an uncanny way, a public family,” Ms. Judd said. “So that’s really the impetus for this timing. Otherwise, it’s obviously way too soon. So that’s important for us to say up front.”

Naomi Judd and her other daughter, Wynonna Judd, dominated the country music charts in the 1980s as the mother-daughter duo the Judds. Naomi Judd, 76, died on April 30, a day before the duo was inducted into the Country Music Hall of Fame.

In the interview on Thursday, Ashley Judd said she was visiting her mother at her home outside Nashville when she died. Ms. Judd said she went outside to greet a friend of her mother’s who had stopped by, and when she went upstairs to tell her mother that the friend had arrived, she found her mother dead.

“Mother used a firearm,” Ms. Judd said. “That’s the piece of information that we are very uncomfortable sharing, but understand that we’re in a position that if we don’t say it, someone else is going to.”

The late Judd had been suffering for years from depression and other mental health issues. Seeking help when you have thoughts of suicide was mentioned multiple times during the interview and at its conclusion.