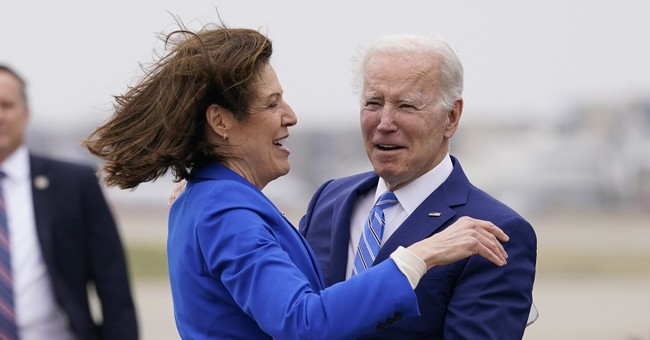 What a mess. That’s all I can say. We all know the hunter Biden corruption allegations are legitimate and grounded in fact. We have an entire trove of emails from his laptop that was authenticated recently. The New York Times and Washington Post literally wrote the exact same story The New York Post wrote in 2020, but the former didn’t get censored by Facebook or Twitter. Months after President Forget Me Not was sworn in—the liberal media now realizes that we conservatives were right all along. That’s often the case; the liberal media is wrong about everything. For months, we were subjected to the snobby scorn of the political elite and intelligence community who wrote off this laptop as Russian disinformation. Everyone involved should lose their contributor contracts if they have any with the major network. Every reporter who peddled the Democratic National Committee lines should be hurled into the woodchipper as well.

Matt Taibbi, formerly of Rolling Stone, had a lengthy post about the liberal media’s absurd defense of Joe Biden and the lengths they’ll go to give this man and his former crack addict son political cover. Taibbi is not a conservative, though he has no qualms calling out the establishment press for their ongoing incompetence and stupidity that’s been a mainstay ever since the words “Russian collusion” infected the media faster than COVID. The ex-Rolling Stone editor goes article-by-article on how the shady allegations against Hunter and Joe are not only grounded in fact but also not new. The liberal media alluded to all this stuff with Burisma years before Biden and Trump ever met on a debate stage. It’s why he notes why the media twisting themselves into pretzels to defend this guy is becoming a total clown show. At the same time, it's also a tacit acknowledgement that once the ball gets rolling, it’s only a matter of time before it crashes through the White House door.

Taibbi started out by noting how Glenn Greenwald of The Intercept, the publication he co-founded to be a safe haven for whistleblowers and a means to push back against corporatist media, forced him out of his own outfit over his work that scrutinized Joe Biden and his son’s dealings. The outlet refused to publish his piece unless he fleshed out the disinformation web that was supposedly immersed in this story. Oh, and that they had great “in-house knowledge” at his disposal to discuss the piece. Greenwald, the man who won a Pulitzer for his story on the NSA, Snowden, and the metadata mining, needed to consult with two former New York Times reporters, Robert Mackey and Jim Risen, who had already trashed the Hunter Biden laptop story. Greenwald eventually left The Intercept to go on Substack. Yet, Risen’s work would resurface in the whole Trump-Ukraine-Biden story that got the second impeachment circus up and running (via Matt Taibbi):

The public controversy surrounding Hunter Biden’s dealings with Burisma actually began with a story Risen himself wrote in 2015, when he was still with the Times, entitled “Joe Biden, His Son and the Case Against a Ukrainian Oligarch.” The story quoted a former U.S. Ambassador to Ukraine who said he hoped the White House had done “some due diligence” on Burisma, because “you would hate to see something like this undercut” the administration’s anticorruption message. If this topic is a “Trumpian Rabbit Hole,” Risen was the first to dig.

Hunter Biden in May of 2014 accepted a position on the board of Burisma, which was run by sleazoid Ukrainian oligarch Mykola Zlochevsky. The job paid him tens of thousands of dollars a month to do not very much, at a time when Zlochevsky — who had been close to deposed Russian-friendly president Viktor Yanukovich — was desperate for the appearance of protection from Western law enforcement. To that same end, Zlochevsky brought in former Polish president Aleksander Kwasniewski and former CIA official and Mitt Romney adviser Cofer Black.

In December of 2015, Vice President Joe Biden traveled to Ukraine and informed then-president Petro Poroshenko that a billion dollars in American aid would be withheld from the country unless it fired Prosecutor General Viktor Shokhin.

We know Poroshenko did fire Shokhin at Biden’s request, because an infamously pro-Russian legislator named Andrei Derkach leaked tapes of Poroshenko reassuring Biden to that effect. Poroshenko went out of his way in the conversation to elucidate that he’d done America’s duty with reluctance, saying he ousted Shokhin “despite the fact that we don’t have any corruption charges” or “any information about him doing anything wrong,” as a way of “keeping my promise.” Biden did not push back at this declaration of Shokhin’s innocence, which is damning in itself, given that Shokhin’s corruption continues to be the official explanation for what happened.

The original wider issue was whether or not Shokhin was “investigating” Burisma when Biden made his demand, though most American reporters, including both conservatives and blue-leaning mainstream types, seem to misunderstand why that mattered. The right-leaning press often portrays Shokhin as an honest broker whom Joe Biden was determined to stop because he, Shokhin, was taking an Eliot Ness-style run at corruption in Hunter Biden’s company. Biden-friendly media, meanwhile, dutifully repeats the line Biden campaign spokesman Andrew Bates fed everyone (including me) during 2019-2020, that Shokhin was corrupt and that all cases involving Burisma were “dormant” by the time Biden made his request, presumably because Shokhin had squashed them.

Both takes miss a likely third angle, that Ukrainian prosecutors might have been both corrupt and investigating Burisma, as a means of extracting bribes from Zlochevsky. This would have been clear to anyone who’d spent any time in the region, but it’s also the focus of one of the first Hunter Biden emails to leak out. A 2014 note from Burisma adviser Vadim Pozharsky to Hunter and his cohort Devon Archer detailed how “representatives of new authorities” were hitting up the firm for bribes

In any case, the Biden campaign by spring of 2019 succeeded in convincing most of the press corps of the “dormant” line, despite reporting to the contrary in foreign outlets like the oppositional Russian paper Novaya Gazeta and Interfax-Ukraine. Then on May 1, 2019, New York Times reporters Ken Vogel (who also co-authored the recent tax investigation piece) and Iuliia Mendel upset the apple cart by publishing an article entitled, “Biden Faces Conflict of Interest Questions That Are Being Promoted by Trump and Allies.”

Vogel and Mendel not only broke significant news about Hunter Biden in the piece, but also reported the outlines of the Trump-Rudy Giuliani “pressure campaign” story that much later became the basis for the impeachment of Trump. In fact, Vogel, Mendel, and Times writer Andrew Kramer wrote several stories in the spring and summer of 2019 that were months ahead of the field in detailing the efforts of Giuliani and Trump to push the Ukrainian government to investigate the Bidens, containing original information that eventually made its way into the original “whistleblower” complaint against Trump.

Oddly, much of the information about the Trump and Giuliani movements with respect to Ukraine that in late September and October of 2019 were suddenly deemed an explosive threat to “democracy itself” were already public as far back as May of that year, but mostly ignored.

As Taibbi noted, The Times piece by Vogel also highlighted this portion of the story that is potentially damaging to Biden.

“Kostiantyn H. Kulyk, a deputy for Mr. Lutsenko who was handling the cases before being reassigned last month, told The New York Times that he was scrutinizing millions of dollars of payments from Burisma to the firm that paid Hunter Biden.”

News of Ukrainian Prosecutor General Yuri Lutsenko reopening the Burisma probe is not what you want to hear in an election year, especially if Hunter’s paychecks are being combed through. Remember Hunter was on the board of Burisma despite having zero experience in the energy sector, getting paid $50k/month, and was there to sell access to then-top Obama officials, like his dad.

As Taibbi added, this caused Bloomberg to run a piece that contradicted the Times report. The liberal media watchdogs (silly term) took to the air to slam the NYT’s story as false. The main crux of the Bloomberg piece was that Lutsenko spokesperson Larysa Sargan said the reopening of the Burisma probe was false, but that’s not true either. Sargan told Buzzfeed that the investigation was open:

Note all this took place before the New York Post ran its October, 2020 piece about the trove of Biden emails culled from the laptop, which included an ominous email from Pozharsky ostensibly thanking him for the “opportunity to meet your father.” It’s never been verified that this meeting actually took place, but what has absolutely been verified by now — not just by the Times but via the extensive digging done by Politico reporter Ben Schreckinger in his book The Bidens — is that the laptop is, in fact, Hunter Biden’s laptop, and the emails they contain are real.

In a just world this would be career-altering news for the parade of media figures who spent months loudly insisting the opposite, cheered the unprecedented decisions by Facebook and Twitter to restrict access to the story, and repeated the Langley-driven fiction that it was a Russian smear. The fact that none of them are bothering to comment on any of this shows that the line between the intelligence community and commercial media has blurred to the point of meaninglessness. They know everyone knows they screwed this up and are long past pretending to care. This is like someone committed to a life in sweats who eats another piece of pie at night, because what difference will it ever make? That weight is never coming off anyway.

I long thought the decision by Facebook and Twitter to block the Post just before an election was a bigger deal than the actual story, which to me was mislabeled “smoking gun” evidence of major corruption because almost none of the information in those emails had been confirmed then. After reading this latest Times piece, which among other things confirms that Joe Biden (if not the Burisma official) was present at the infamous “meeting” referenced in the original Pozharsky email, I’m not sure so sure. At minimum, this looks like it will be a serious political problem for Biden in any future election, especially should events in the Ukraine war take a turn that motivates Ukrainian officials to unload on the first family.

There’s only so much you can sweep under the rug, and even if you cover it, the stench of the crap fills the room. It’s unavoidable. Joe Biden and his son did dirty deals. The emails shine a light on this web of deceit and corruption. Recently, we learned that Modest Joe is rolling in it with $5.2 million in undisclosed income. So many questions will rope in Hunter Biden and eventually lead once again to the emails on his laptop and the deals that were reportedly hashed out.

You can’t keep this game up forever, guys.