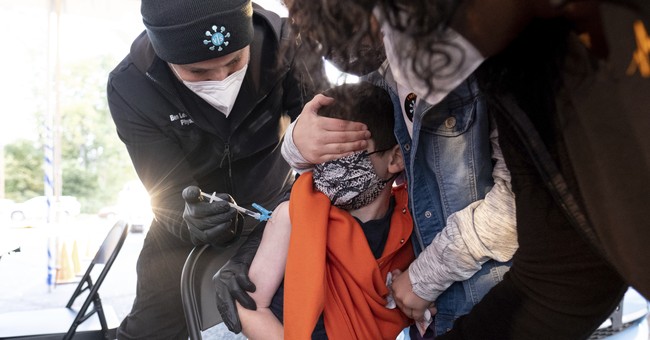 End the games. Just end them. Anyone who has a preliminary understanding of biology knew that natural immunity is a real thing. Those who contracted COVID and recovered from it have natural immunity. This coupled with vaccinations leads to herd immunity. It’s also the ticket towards getting our nation back to normal, but control is an addictive thing. It’s something our government is addicted to like Harry Goldfarb’s heroin addiction in Requiem for a Dream. We all knew they were lying too. The experts said only with the vaccine could we achieve herd immunity, that it stops transmission, and will provide a shield against infection. All those narratives have been blown up with the milder but more contagious Omicron variant. The vaccinated are getting COVID. The vaccinated can spread it. The pandemic of the unvaccinated is now a punchline. It’s also another piece of advice that was taken as gospel by some that have been undercut by real science. Take notes liberals, this is why you should never say stupid crap like ‘the science is settled.’ There’s no such thing, especially when it comes to viruses.

With regards to the deadlier Delta variant, those with natural immunity were six times better protected than those who had been vaccinated. Our immune systems are truly amazing things. It’s time to stop ignoring that fact. It’s science (via Fox 31 Denver KVDR):

Natural immunity was six times stronger during the delta wave than vaccination, according to a new report from the U.S. Centers for Disease Control and Prevention.

The report, published Jan. 19, analyzed COVID outcome data from New York and California, which make up about one in six of the nation’s total COVID deaths.

Vaccines were more effective at preventing infection or serious illness than natural immunity from prior infections before the delta variant became the dominant strain. After delta became the main strain, vaccines alone grew weaker against the virus and natural immunity got much stronger. This could be due in large part to the fact that vaccines began wearing off around the time delta spread, according to the study.

“Importantly, infection-derived protection was greater after the highly transmissible Delta variant became predominant,” reads the report, “coinciding with early declining of vaccine-induced immunity in many persons.”

Alex Berenson got banned for saying this. ????? https://t.co/sprZAVBagn

pour one out for all the experts who insisted your immune system is a conspiracy theory https://t.co/nOIUXDZm7M

Worth noting that natural immunity is not taken into consideration with vaccine mandates and passports. https://t.co/QPlX3o836l

This is kind of important, no? https://t.co/HqmhqVLuf2

Of course, gaining those antibodies from vaccination is safer than rolling the dice and hoping to get infected. We’re way past the days of Cotton Mather, but pre-vaccine—tens of millions acquired natural immunity. There were questions when the vaccines were rollout out—they were ignored. And now, the vaccinated are getting COVID like anyone else. It was marketed as a silver bullet. It does prevent serious illness and death, but you can still contract it. It’s the same with the flu vaccine. We’re in the messy stages of people realizing that COVID is here to stay. It’s endemic. And everyone needs to stop freaking out. Most are eventually going to get it in their lifetime. Whatever—we have vaccines and other therapeutics now.

One must wonder if the CDC dragged this out. Did they know this about natural immunity when Delta peaked? Did they sit on it because it would undercut the vaccination campaign? It wouldn’t shock me if that were the case. This is the government—they lie for a living.