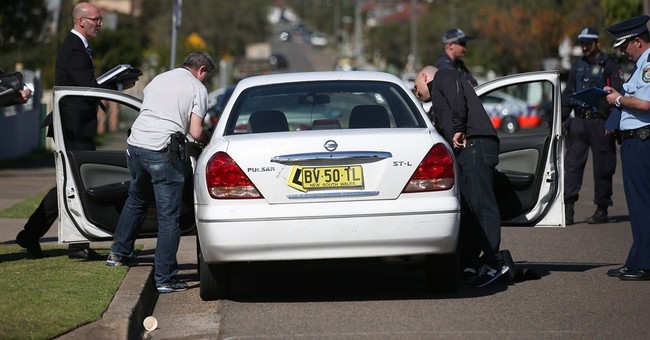 Three Australian teenagers became enemies of the public when they escaped a COVID concentration camp. Okay, it’s a ‘quarantine facility,’ but they wanted to be free in a nation that’s rapidly become North Korea concerning its COVID protocols. Conor Friedersdorf of The Atlantic has a great piece that simply asked if the country was still a liberal democracy which led to him getting a ton of hate mail. In the land down under, everyone’s rights were trampled with their ‘COVID zero’ policy, but they would argue it’s paid off.

Still, it’s a cultural difference, but the fact that one case can send an entire state into lockdown is insane. Some Australian states had the military rolled out to enforce the lockdown measures. Fast food is now a contraband item. But back to the story, the teenagers were recaptured, and they all tested negative (via Daily Caller):

Australian police successfully recaptured three teenagers who escaped from a quarantine facility Wednesday after they had tested negative for COVID-19.

The teenagers scaled a fence to break out of the Centre for National Resilience in Howard Springs, Northern Territory, Australian police said, according to the BBC, where they were being held in quarantine because they had been in close contact with individuals who had tested positive for the coronavirus.

The teens were Australian Aboriginals from the nearby Binjari community, ABC News reported, many of whom had been sent to the quarantine facility following an outbreak of COVID-19 in their hometown of Katherine.

Police caught up with the trio after a manhunt that stretched several hours and chased them down on foot in a nearby town, according to ABC.

“Absconding from Howard Springs isn’t just dangerous — it is incredibly stupid,” Northern Territory Chief Minister Michael Gunner said in a press conference, according to ABC. “Because we will catch you and there will be consequences.”

We are the state. We will crush you. This is for your health. Stay inside forever. Welcome to prison island Australia, where there is no escape.