Yes, You Can Ignore Ilhan Omar's Fake Islamophobia Circus Act on the Hill 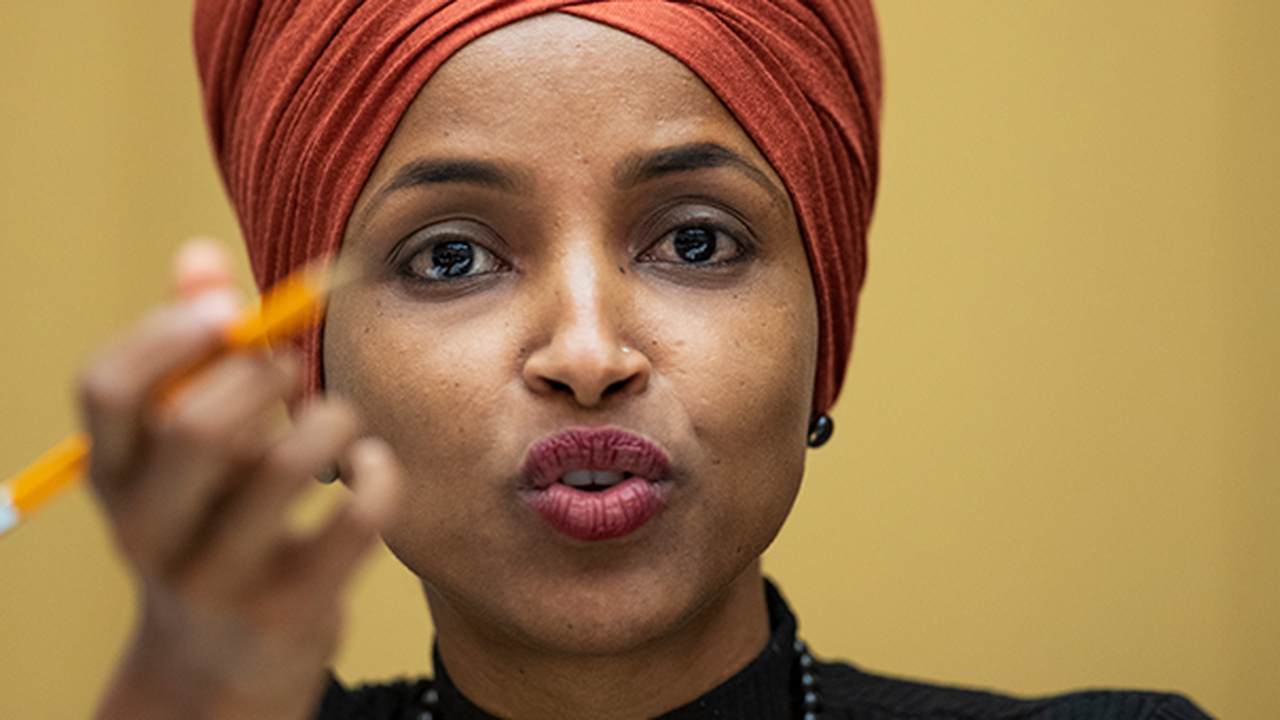 You cannot make this up. Rep. Ilhan Omar (D-MN) is upset that she gets terrible voicemails as a member of Congress. Oh, and she wants GOP Leader Kevin McCarthy to tackle the supposedly rampant Islamophobia that's coursing through the ranks of congressional Republicans. No, you don't need to sit for this—and I'm sure many of you have had a good chuckle about this. The openly anti-Semitic congresswoman, who said that Israel hypnotizes the world, is trying to create a national dialogue over some nasty voicemails and some remarks from Rep. Lauren Boebert (R-CO). Grow a thicker skin, lady. Also, let's cool it, Ilhan. Anti-Semitism is more of a problem with Democrats and the left.

Let's do some backstory here. This drama started after Boebert and Omar got into a little spat. Madeline covered this episode of Real Housewives of DC. Omar did not like that Boebert referred to her as being part of the "jihad squad." And now, CNN has a new story about some more comments Boebert made at a Staten Island Conservative Party dinner in September (via CNN):

Republican Rep. Lauren Boebert of Colorado suggested to a crowd in September that Democratic Rep. Ilhan Omar of Minnesota, whom she called "black-hearted" and "evil," was a terrorist.

In those same remarks, she said that she felt safe around Omar because the Democrat wasn't wearing a backpack while they were in an elevator together.

It's another instance in which Boebert suggested Omar, who is Muslim and wears a hijab, was a terrorist. On Monday, the two lawmakers sent dueling statements about a phone call between the pair set up by Boebert after she apologized last week to "to anyone in the Muslim community I offended," when similar comments surfaced on social media.

Give me a break. Until the media is equally outraged about Omar's past anti-Semitism and Rep. Rashida Tlaib's (D-MI) remarks about Israel, I simply don't care what Boebert said about a congresswoman who is obviously a terrorist sympathizer. She can't even say that radical Islamic terrorists committed the 9/11 terror attacks. She said, "Some people did something." Remember that?

These two women are public officials. They will get mud hurled at them. It will be nasty. It will cross the line—but it doesn't matter. This is the First Amendment in action. And unless Boebert was calling for her death, Omar needs to grow up. For the folks who do leave death threats, well, all I can say is that you'll be contacted by the authorities.

The anti-Semitic wing of the Democratic Party wants to lecture us about Islamophobia. Give me a break. It's almost like we're on Candid Camera.