Will Alec Baldwin Be Charged In Fatal Accidental Shooting? Authorities Say All Options 'On the Table' 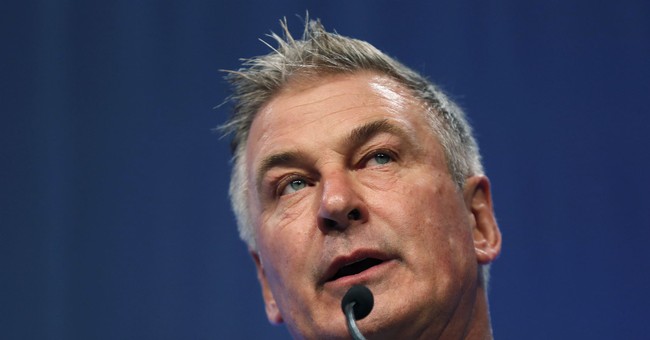 Alec Baldwin is in the middle of a crisis right now. He shot and killed a woman. It was an accident. It was on the set of his new movie Rust. The film’s director was also injured during this incident. Baldwin was given a prop gun that an assistant director claimed was “cold.” Baldwin didn’t check the firearm himself. He took the assistant director’s word. Not smart. Treat every firearm as if it’s loaded because in this case, there was a live round. Baldwin was practicing a stunt when he shot and killed the film’s cinematographer, Halyna Hutchins. Will there be charges? It’s too early, but authorities say that everything is on the table (via NYT):

The Santa Fe County district attorney said on Tuesday that she was not ruling out criminal charges in last week’s fatal shooting on a film set. The actor Alec Baldwin was rehearsing with a gun that he had been told did not contain live ammunition when it went off, killing the film’s cinematographer and wounding its director.

“We haven’t ruled out anything,” the district attorney, Mary Carmack-Altwies, said in a telephone interview. “Everything at this point, including criminal charges, is on the table.”

Ms. Carmack-Altwies said that the investigation was focusing on ballistics in an effort to determine what kind of round was in the gun that killed Halyna Hutchins, the cinematographer — and who had placed the ammunition in the gun.

“There were an enormous amount of bullets on this set, and we need to find out what kinds they were,” Ms. Carmack-Altwies said. Detectives said that they recovered three revolvers, spent casings and ammunition — in boxes, loose and in a fanny pack — while executing a search warrant on the set, according to an inventory of the items released on Monday. The inventory did not specify what kind of ammunition was found on the set.

As we’ve noted before, this film seemed to be a rocky production to start. The camera crew quit on the day of this fatal accident. And this seemed to be a totally avoidable tragedy. This wasn’t a minor error either. It seems whole safety protocols were either neglected or ignored. We’ll see what happens. I wouldn’t put much money in Baldwin being charged, but that could change.