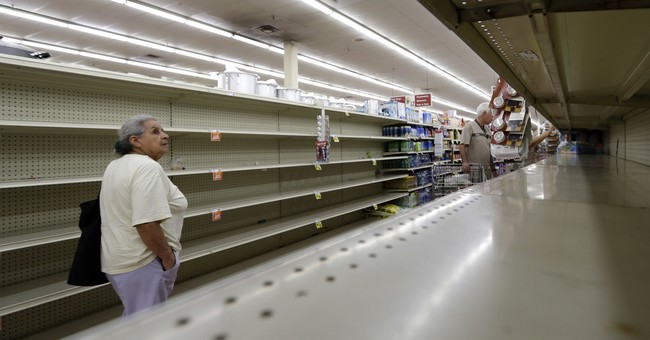 We all know that we’re about to suffer some shortages at the grocery store. No goods compounded by rising inflation and food prices. This is Joe Biden’s America. It couldn’t come at a worse time. It’s clear that items that used to be readily available for the holidays will not be on the shelves. It’s also clear that with heating bills set to spike 30-50 percent in some parts of the country, thanks to Biden taken an axe to the natural gas industry, he’s decided to freeze families for the winter. This man cannot govern. He can’t lead. He’s simply too slow and stupid. Yet, on top of the looming global supply crisis, there is another Democrat-made problem that’s compounding the lack of goods.

In New York City, the shoplifting extravaganza that you’ve seen for weeks has robbed entire stores of over-the-counter drugs. It’s like Venezuela for some corner stores in the Big Apple (via NY Post):

Thanks to a citywide shoplifting tsunami, bare necessities are now rare luxuries on drug-store shelves across New York City.

“It looks like the Third World,” bemoaned one Manhattan resident, after eyeing the aisles of a CVS on Sixth Avenue in Soho desperately low of toothpaste, face wash and hand sanitizer, among a long list of other items.

“They’ve all been stolen,” a CVS employee told The Post.

“Insanity,” the police commissioner tweeted last week in response to The Post report. “No other way to describe the resulting crime that has flowed from disastrous bail reform law.”

So, the pinch is really being felt even harder in Democrat-run cities which really isn’t a shock. As Trump said, “everything woke turns to s**t.”