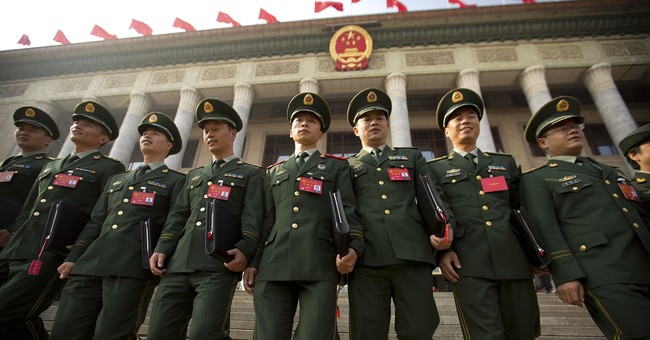 Let’s go through the list again. We have an inflation problem. We have a looming global supply chain crisis that Joe Biden thinks he can solve by merely keeping the ports open 24/7. He’s missing the second part—there’s not enough labor to help offload the goods or transport them to their intended destinations. Job creation is in the toilet. The border is a mess. The man is facing multiple crises and he can’t manage—anything. Now, in the foreign policy front, we have China testing a hypersonic missile that caught our intelligence community off-guard (via Financial Times):

China tested a nuclear-capable hypersonic missile in August that circled the globe before speeding towards its target, demonstrating an advanced space capability that caught US intelligence by surprise.

Five people familiar with the test said the Chinese military launched a rocket that carried a hypersonic glide vehicle which flew through low-orbit space before cruising down towards its target.

The missile missed its target by about two-dozen miles, according to three people briefed on the intelligence. But two said the test showed that China had made astounding progress on hypersonic weapons and was far more advanced than US officials realized.

The test has raised new questions about why the US often underestimated China’s military modernization.

“We have no idea how they did this,” said a fourth person.

The US, Russia and China are all developing hypersonic weapons, including glide vehicles that are launched into space on a rocket but orbit the earth under their own momentum. They fly at five times the speed of sound, slower than a ballistic missile. But they do not follow the fixed parabolic trajectory of a ballistic missile and are maneuverable, making them harder to track.

Taylor Fravel, an expert on Chinese nuclear weapons policy who was unaware of the test, said a hypersonic glide vehicle armed with a nuclear warhead could help China “negate” US missile defense systems which are designed to destroy incoming ballistic missiles.

China launched a nuclear capable missile around the world in low orbit. Yet, the media is not covering it.

Exclusive: China tested a nuclear-capable hypersonic missile in August that circled the globe before speeding towards its target, demonstrating an advanced space capability that caught US intelligence by surprise https://t.co/oSRa0eA1QR pic.twitter.com/Roxvf98wvM

Oh, well—that’s great. We can rest easy, especially now that Joe is in charge. I’m being sarcastic of course. The Biden White House staff probably didn’t tell Joe for fear that he'd short-circuit given how little RAM he has left. China is a threat. China is now arguably our greatest geopolitical foe. And maybe, just maybe our IC folks would have been better prepared if they weren’t being little punks trying to hamstring the Trump administration. The same with the FBI. These guys devoted hours to manufacturing fake news against the Trump White House while missing everything from Chinese missile program developments to Larry Nassar’s sexual abuse of gymnasts.

Chinese military vs US military pic.twitter.com/Hodac2OKBU

China is just trolling us regarding this story, too--to no one's surprise: