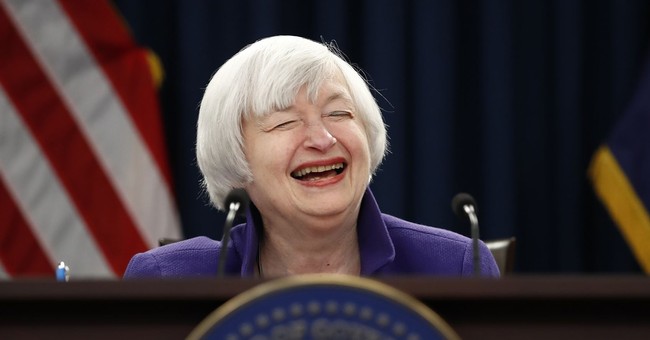 How many surveillance schemes can the government hatch under a Democratic administration? Seriously. How many times can they commit gross overreach? They issued a new eviction moratorium even when most legal scholars said it would probably be struck down as unconstitutional. They did just that, by the way—and Biden ignored it. He’s trying to confiscate millions of firearms through a regulatory tweak with the ATF that bans pistol stabilizing braces that 10-40 million Americans own. It has nothing to do with public safety. He just wants to do a soft gun grab. No grandfather clause—these weapons would have to be registered or turned over to the authorities. The government is executing “keyword warrants” that force companies like Google to disclose user data based on certain search terms. And now, every transaction of $600 or more will be tracked by the IRS to supposedly crackdown on tax fraud. It’s another case of ‘trust us’ (via NY Post):

During an interview on CNBC’s “Squawk Box” on Tuesday, Yellen was pressed on whether the IRS has the “wherewithal” to collect more information about taxpayers and bank accounts including cash flows, something many Republicans have called invasive.

“Well, of course they do,” Yellen said. “Right now, on every bank account that earns more than $10 a year in interest, the banks report the interest earned to the IRS. That’s part of the information base that includes W2’s and reports on dividends in other income that taxpayers earned. So collection of information is routine.”

Yellen cited the “enormous tax gap” in the US as the reason behind the proposed tax hikes and information collecting, blaming the gap on places where information on income “can be hidden.”

Under the proposal, banks would be required to turn over aggregate inflow and outflow numbers annually to the IRS and would cover bank accounts with at least $600 or at least $600 worth of transactions, according to the Wall Street Journal.

The proposal has been slammed by Republicans as an invasion of privacy. Last week, Sen. Cynthia Lummis (R-Wyo.) slammed the Treasury secretary during a Senate Banking, Housing, and Urban Development Committee hearing, asking if she was aware of “how unnecessary this regulatory burden is?”

Lummis had some sharp questions as well.

“Do you distrust the American people so much that you need to know when they bought a couch? Or a cow?” she asked. She also noted that the $600 transaction benchmark isn’t going to be one where a lot of fraud is going to be exposed—just those of ordinary Americans. It’s another means for the government to unnecessarily collect data on its citizens that serves no purpose but to snoop on them. And if there is one agency that should get any more power, it’s not the IRS. There’s a running gag that in the US, we don’t have the Gestapo because the IRS exists. Well, this proposal will move the agency into becoming that infamous secret police force. They also targeted conservative non-profits in 2013. Have we forgotten that too? And we’re going to trust their word over this transaction surveillance program here? Are we nuts?