So, That's What's Keeping the FBI Up at Night Regarding Afghanistan 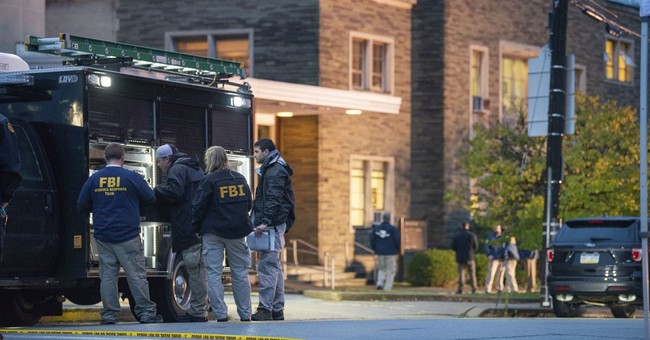 The FBI is worried about Afghanistan. They’re our supposedly leading domestic law enforcement and intelligence agency. They’ve been an outright disaster for years. So, excuse me as I roll my eyes concerning what FBI Director Chris Wray found disconcerting about Afghanistan. A top terrorist on the FBI’s most-wanted list is serving as a top government official. I mean, who’s shocked, really? A terrorist-supporting movement is filling government posts with…terrorists (via Washington Examiner):

FBI Director Christopher Wray admitted he is concerned that the leader of the Haqqani terrorist network holds a key position in the Taliban’s de facto government.

The comments from Wray came during a Senate Homeland Security and Governmental Affairs Committee hearing on the threat landscape 20 years after the 9/11 terrorist attacks.

When Sen. Rob Portman, an Ohio Republican, asked about Sirajuddin Haqqani being named the Taliban’s interior minister, Wray said, “It certainly concerns me.”

When asked if Haqqani is on the FBI’s most-wanted list, Wray replied, “I believe so.”

Numerous members of the al Qaeda-linked Haqqani network have received top positions in the Taliban’s “caretaker” government, including leader Sirajuddin, the “deputy emir” of the Taliban. The State Department insists   the Haqqani network and the Taliban are “separate entities,” but Anas Haqqani, Sirajuddin's brother, bluntly said last month: “We are the Taliban.”

Wray testified that “preventing terrorist attacks remains our top priority, both today and in the future” and that “we are certainly watching the evolving situation in Afghanistan.”

Abizaid said the Kabul terrorist attack by ISIS-K shows that “foreign terrorist groups continue to place a premium on attacks against the United States.”

Yeah, not good. I get why the FBI is worried. It goes with the territory, but while they’re concerned about terrorist attacks—their track record has not been one that promotes confidence that they’ll protect us. Sorry, these guys went rogue to spy on Carter Page, a former 2016 Trump campaign official. They doctored the evidence to secure FISA spy warrants. They spied on the campaign proper as well, based on Clinton-funded opposition research called the Steele Dossier. They spent so much time manufacturing Trump-Russian collusion evidence against Trump that they dropped the ball on the allegations surrounding Larry Nassar, who sexually abused scores of young American gymnasts. Nassar was convicted of the abuse and sentenced to over a century in jail. These women told the FBI this guy was a creep—and they did nothing. Olympic champions McKayla Maroney, Simone Biles, Maggie Nichols, and Aly Raisman all told the Feds about Nassar. Nothing happened.

They also couldn’t say that the 2017 GOP congressional baseball team shooting as politically motivated even though Dudley Do-Right could see that was the obvious conclusion. The shooter, James Hodgkinson, was a left-wing radical and Bernie Sanders supporter. He had a kill list. He waited for days at the location of the attack and was very vocal about his hatred for Republicans. He tried to kill as many as he could in an attempted political assassination attack. Yet, the FBI wasn’t so sure what the motivation was or if this was domestic terrorism, only to admit it was such an attack…in May of 2021.

FBI needs an overhaul and until it does—not really confident these folks can do the job right.