Okay, Maybe This Is Some Good News About Where the Afghan Air Force Went Post-Taliban Takeover 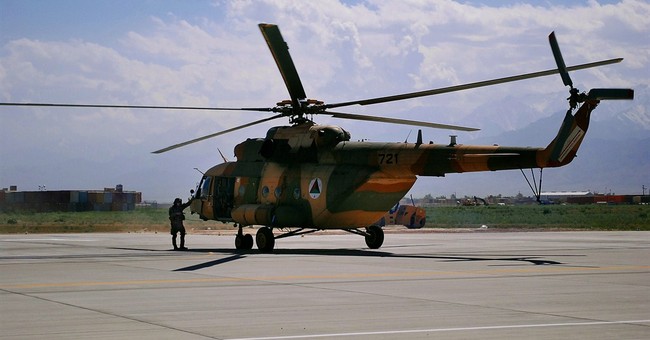 There are numerous reports of the Taliban having grade-A military equipment bought and paid for by the American taxpayers. They have some attack helicopters. They have US-made Humvees, MRAPS, and other munitions. I mean there are weapons caches being gobbled up by these guys left and right. The black market is going to see some serious equipment up for sale soon—and China and Russia could be potential buyers. Yet, what about the Afghan Air Force. It’s a talking point that Joe Biden keeps harping, though he should stop since it now means nothing. Biden talked up this military win of the Afghan military, noting that the Taliban doesn’t have an air force.

Yet, when Joey decided to leave in a reckless fashion from the country, he stopped contractors from doing the routine maintenance required to keep the fleet healthy. In a way, Biden played a role in crippling the Afghan air force. So, what happened when it became apparent that the Taliban were going to retake the country? Well, these pilots simply took a good chunk of the aircraft into neighboring Uzbekistan (via WSJ):

A large portion of the Afghan Air Force has ended up in neighboring Uzbekistan, after hundreds of Afghan service members used U.S.-supplied planes and helicopters to flee the Taliban, U.S. officials said.

At least 46 of the aircraft crossed over Afghanistan’s border into Uzbekistan since last weekend, when the Taliban seized Kabul and the government collapsed, U.S. officials said. The planes and helicopters carried a total of 585 members of Afghan forces with them, the officials said.

A handful of airplanes also ended up in Tajikistan, also on Afghanistan’s northern border.

The U.S. embassies of Uzbekistan and Tajikistan didn’t immediately respond to requests for comment.

White House national security adviser Jake Sullivan said Tuesday that the U.S. provided the aircraft and other arms to the Afghan National Security Forces to enable them to defend the country.

“We don’t have a complete picture, obviously, of where every article of defense materiel has gone, but certainly a fair amount of it has fallen into the hands of the Taliban,” Mr. Sullivan said at the White House. “And obviously, we don’t have a sense that they are going to readily hand it over to us at the airport.”

You really have to scrap the bottom of the barrel here for good news. Is there any? It’s a total and complete fiasco. Biden owns it too. Also, scores of Afghan government troops have fled into neighboring Tajikistan as well. Those reports came trickling out in July.

Right now, at least 10,000 Americans are still trapped in Afghanistan. Biden said we’re staying until all these people are out. We still don’t have a plan. We’re going to need more troops, and this will take a long time.