Notice Anything Odd About Vox's Headline About Crime and Murder? 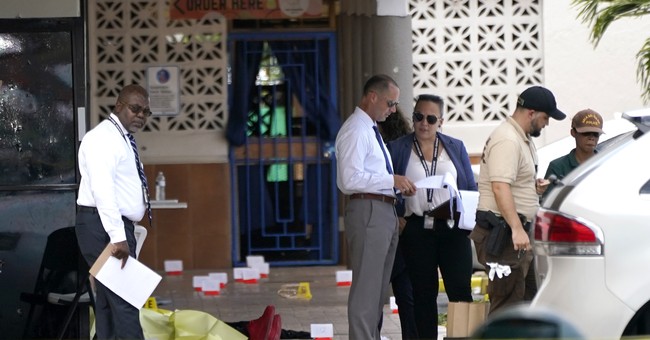 I just can’t wrap my head around the headline by Vox: ‘Murders are up. Crime is not. What’s going on?’

What’s going on is that someone had to be taking crazy pills because murder is a crime. But let’s play ball here for a second, even if lesser violent crimes are on the decline, it doesn’t matter. Murder is always the issue that will be on the minds of voters when there’s a spike. You’ll have to snort some good cocaine to have the confidence to thread the needle that your city is drowning in its own blood, but shoplifting has decreased. Not a selling point for voters. No one would care; there are bodies everywhere. They also get the reasons for the spike wrong (via Vox):

The rise in murders, along with a rise in shootings, is reflected not just in the statistics but in real events. Over the weekend, the sound of gunfire sent baseball players and fans into a panic at the Nationals stadium in Washington, DC. The night before, DC’s mayor condemned a drive-by shooting that killed a 6-year-old. Meanwhile, a total of 12 mass shootings from coast to coast left 11 dead and 49 injured in the US.

Year-to-year fluctuations in crime and violence can and do happen. But the size of the murder spike has led to broader national attention. The increase is now part of an ideological proxy war — leading to conflicting opinions even within political parties on what to do about the increase in murders, and plenty of finger-pointing over whether the pandemic, protests over police, or guns are to blame.

The data for all three is mixed, with the latter being outright debunked.

On guns being a possible cause, they wrote, “Ultimately, though, there are too many unknowns to draw hard conclusions.”

Well, yeah—this whole piece is stuff we’ve already known, which is only peppered by comedy due to the headline. Crime and murder are separate things—I still can’t get over that one.

Now, the interesting part about this is that while the headline is just absurd, the solution portion of the piece calls for more police and targeting of high crime areas. In a way, it’s a long journey towards shredding the ‘defund the police’ narrative that the far-left has proudly adopted:

These strategies tend to be more focused, like hot spot policing’s heightened surveillance of very specific high-crime blocks. Or they tend to be more planned: Problem-oriented policing requires formal evaluations of a problem and solutions, and calls for bringing in community partners to make sure the issue is addressed at its root. It’s a shift from dragnet efforts in which officers target entire neighborhoods to stop or arrest as many people as possible.

In fact, these approaches can actually reduce overall incarceration. For example, the evidence for hot spot policing suggests that officers’ mere presence deters crime, since people are less likely to do illegal things in front of a cop. Police don’t have to do anything — just stand there and watch. And fewer crimes committed means fewer arrests.