Is The Biden White House Hiding Breakthrough COVID Infections on Its Staff? They Won't Say. 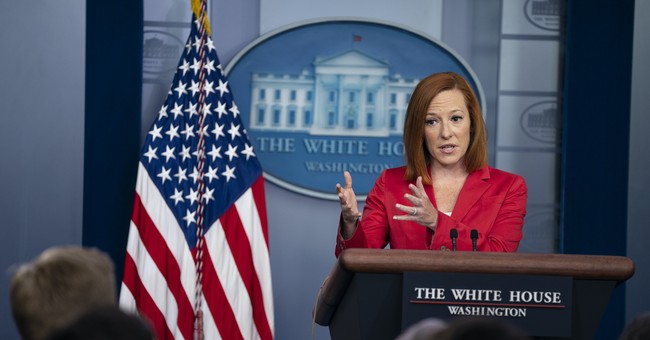 The Biden White House is already hiding details about who is buying Hunter Biden’s artwork, which many, including former Obama ethics officials, have noted could be used as a system to funnel bribes to Joe Biden. This world is notorious for money laundering. So, should we be shocked that Jen Psaki refused to answer if any members of the White House staff have been infected by COVID despite being vaccinated? No. And she was asked but refused to answer.

The best part was when she asked the reporter why she wanted this information.

A reporter challenges @PressSec on not releasing the number of breakthrough covid cases among WH staffers:

REPORTER: "Why not just provide the number are you trying to hide something?"@PressSec: "Why do you need to have that information?"

Even a broken clock is right twice a day, and this was a good question given that the Texas Democrats who fled the state to avoid passing a voter integrity bill have been spreading the virus all over Capitol Hill. This infected band of bioterrorists met with a ton of people. An aide to Nancy Pelosi tested positive despite being vaccinated. So, yeah—it’s not out of left field. Vice President Kamala Harris met with these plagued individuals as well.

The fact that Psaki has not responded raises red flags. Who has it? Someone has it right? If this were the Trump White House, these questions would not stop. For the Biden White House, this would be asked for a couple of days—maybe—and then go away. It’s how the system works for Democrats, but the reaction is priceless.

‘You asked me a real question, oh no’ is written all over Psaki’s face.

She then proceeded to not answer, noting how the CDC tracks breakthrough infections nationwide. They’re rare. They’re not common, but they do happen as the COVID vaccine offers tremendous amounts of protection, but it’s not 100 percent effective. Still, these vaccines which work against all variants, coupled with those who’ve already recovered from the infection, acquiring natural immunity in the process, are all positive signs for recovery. It’s why states are reopening. Yes, this Delta variant is running rampant, but mostly with those who are unvaccinated. Some people can live and let live. It’s your choice to get the shot. On the Left, they’d rather blame people who are asking questions since the experts offered contradictory, even science fiction-based nonsense, for over a year.

This is America. Everyone has differing opinions, something that liberals cannot tolerate, but back on point here: what is the Biden White House hiding?

Why can’t Jen answer this simple question? It’s just a number. Is Kamala infected? Did everyone get the vaccine? What’s up?