The Experts Say These Could Be New Symptoms of the Delta COVID Variant...Notice Anything Peculiar Here? 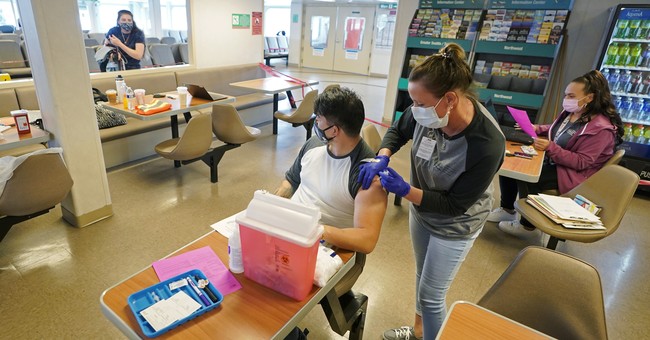 As we debate the ‘ver are your papers’ protocols about vaccinations, let’s check in with The New York Times who reported these could be new symptoms of the Delta variant. I’m sure you’ll have a good laugh (via NYT):

It’s not clear yet whether the Delta coronavirus variant causes different symptoms. But in Britain, where the variant is widespread, researchers have found that headaches, a sore throat and a runny nose are now among the most frequently reported symptoms. https://t.co/mYC0I3bFl6

The spread of the super-contagious Delta variant is prompting new lockdowns around the world and spurring new warnings from public health officials.

The World Health Organization, citing the rise of Delta, the dearth of vaccines and high rates of community transmission in many parts of the world, has encouraged fully vaccinated people to continue wearing masks.

Does the Delta variant cause different symptoms?

In Britain, where the variant is widespread, reports have emerged that Delta may cause different symptoms than other variants do. Researchers conducting the Covid Symptom Study, which asks people with the disease to report their symptoms in an app, have said that the most common symptoms of Covid have changed as the variant has spread through Britain.

“What we’ve noticed is the last month, we’re seeing different sets of symptoms than we were seeing in January,” said Tim Spector, a genetic epidemiologist at King’s College London, who leads the study.

Headaches, a sore throat, and a runny nose are now among the most frequently reported symptoms, Dr. Spector said, with fever, cough and loss of smell less common.

These data, however, have not yet been published in a scientific journal, and some scientists remain unconvinced that the symptom profile has truly changed. The severity of Covid, regardless of the variant, can vary wildly from one person to another.

So, nothing has changed. We’re acting as if sore throat, headache, and runny noses are new ailments never seen in medical science. There is nothing peculiar about these symptoms. Nothing. First, all three have been around since the time of Hammurabi’s Code. Second, they’re the same freaking symptoms when COVID first escaped from a Chinese lab, I mean—they’re the same when this virus first appeared.

ALL THREE vaccines are effective, including the Johnson and Johnson vaccine. If you’re vaccinated, keep going outside and live your life. If you’re not vaccinated, the choice is still yours, but it’s readily available for everyone now. We have three options to kill this thing. This pandemic is over. Plus, again, we’re not considering natural immunity. Tens of millions have already had and recovered from the infection.

We’re done, guys. And a new round of lockdowns isn’t going to work. They never did. What it will do is wipe out Democrats in the 2022 elections, so tread carefully lockdown clowns.