There's Something Happening with Phoenix 911 Dispatchers...And It's Serious 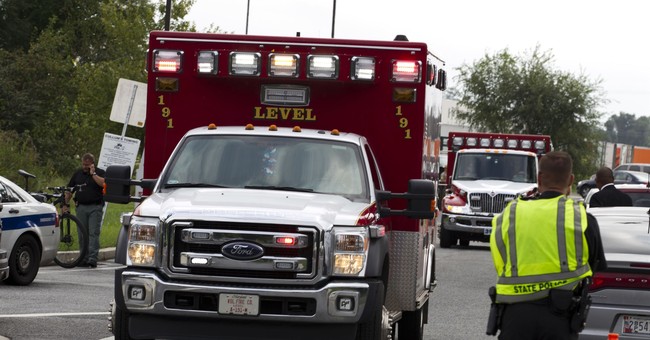 In Phoenix, there’s appears to be an underreported crisis concerning its emergency services. They’re taking an absurd amount of time to reach people in need. Need to call 911? Well, you could be waiting upwards of eight minutes just for someone to pick up the phone. I’m not kidding. The 911 dispatchers have been few and far between in the area. It’s been this way for months. Here’s a report about the situation in April. Those already working 911 dispatch are also suffering burnout from overwork. One woman died after working a 16-hour shift after recovering from COVID (via CBS 5 Phoenix):

“If it wasn't for them, we ourselves could not do the job that we do," she said.

The important work of answering 2 million 911 calls each year doesn't have enough people to do it. At the Phoenix Police Department, understaffing has led to hours of required overtime and standby shifts. Since Arizona’s Family’s report on an understaffed Communications Bureau aired in January, the department got more than 160 applications for the job. It hired 21 new dispatchers, which Fortune says is a lot.

Supervisor Denise Birds says understaffing is a constant issue. Though she’s been in a managerial position for the last 12 years, she still fills in back on the call floor when needed.

"[Shortages are] an industry problem,” she said. “I don't remember a time when we were fully staffed. I had to work lots of overtime when I was on the floor, too."

In February the City Council discussed bumping up salaries for 911 operators to get more applicants.

Hey @PhoenixPolice my good friend was the victim of a hit-and-run accident 3 hours ago at 56th St & Thomas. He called Phx PD & been waiting all this time for police to arrive. It's 104°, he's out of gas which means he no longer has A/C. And he has no water. When can he get help??

His pregnant wife is with him. They need help from @PhoenixPolice

The unspoken scandal right now with @PhoenixPolice is that the 911 dispatchers are so overworked and understaffed that it was taking > 8 minutes for someone JUST TO ANSWER a 911 call last weekend. On a non-emergency line, you can easily be on hold for > 1 hour. https://t.co/P3aXIqG9P2

The department is short by hundreds and hundreds of officers, they don’t have enough dispatchers to answer the phones, morale is nonexistent in the department, and citizens are dying while waiting for emergency responses…

AND NO ONE IS TALKING ABOUT IT.

“The department is short by hundreds and hundreds of officers, they don’t have enough dispatchers to answer the phones, morale is nonexistent in the department, and citizens are dying while waiting for emergency responses,” he wrote.

He was commenting on a tweet by Thomas Galvin, an attorney with the Rose Law Group who was previously part of the Arizona Corporation Commission. He reached out to Phoenix Police via Twitter to report a friend of his who was the victim of a hit-and-run accident hours ago. It’s 104 degrees outside and his air conditioning has probably ceased, according to Galvin. His pregnant wife is also with him.

Three-plus hours and no medical or emergency services have arrived? Hopefully, they have reached him by this time, but it seems the situation in the city is beyond dire.