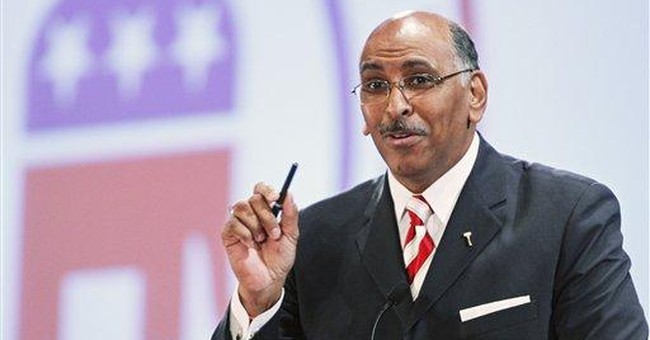 Tom Elliott captures all, folks. The Grabien machine churns out clips of the liberal media, its allies, and members of the Democratic Party acting like idiots. Yes, there are “Republicans” on MSNBC, but they’re Democrats for all intents and purposes now. You all know this, and to keep those contributor and hosting gigs coming, you need to peddle Democratic National Committee talking points. Take a look at Michael Steele, the former chair of the Republican National Committee, who decided to really amplify the hysterics over the filibuster and the voting rights bill that won’t pass.

"We're watching states strip away our access to the ballot box..."

Good grief, @MichaelSteele, is it possible to be more histrionic? https://t.co/iFwjkMFaK9

As Joseph Wulfsohn commented on Twitter, it’s quite “a remarkable evolution.”

All I can say is cry more. Sen. Joe Manchin (D-WV) is said to be voting to advance an open floor debate, but this bill is already dead. It won’t get 60 votes. Sen. Krysten Sinema (D-AZ) is dead set in preventing the filibuster from being nuked, so there goes the lefty dream of having quasi-parliamentary majority rule.

There’s all this talk about consensus. Sure, but if you really investigate the details of what Senate Democrats are trying to push—it’s not popular. Voter ID is a popular proposal that transcends across political and racial lines; Democrats think it’s Jim Crow 2.0. Democrats want a January 6 commission. No one cares. We have moved on from that non-insurrection.

Higher taxes are not popular. Defunding the police is not popular. What has Biden done? The pandemic is over because of the Trump initiative to get a vaccine developed. He did that.

There was peace in the Middle East and a booming economy under Trump. Under Biden, we have rising inflation and a jobs program that’s anemic to all hell. The Democratic agenda is so bad that yes, they do need a bill that would nationalize elections to tip the scales. It’s the only way they can win in the future—by rigging the game.