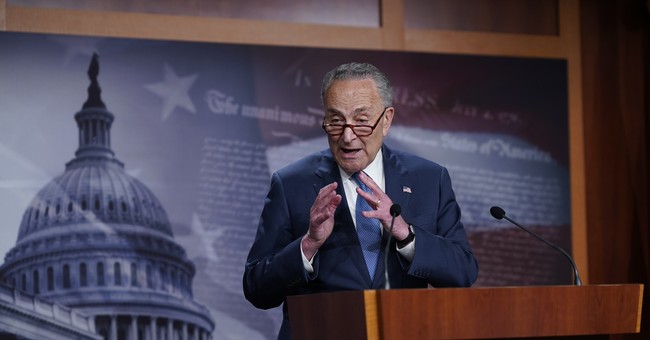 Was anyone confident that an infrastructure deal could be passed in a 50-50 hyper-partisan Senate? It has a $6 trillion price tag. Inflation is going up, and most Americans are blaming Biden for it. Sen. Joe Manchin (D-WV) said he was against a Democrat-only bill. Both Manchin and Sen. Kyrsten Sinema (D-AZ) have been thorns in the side of the progressive Left as these two have been solid in refusing to kowtow to their demands, like nuking the filibuster.

Yet, we have another senator who could blow up this massive spending splurge: Sen. Bernie Sanders (I-VT) (via Politico):

Sen. Bernie Sanders on Sunday said he wouldn't support the bipartisan infrastructure bill if it included measures such as raising the gas tax or a fee on electric vehicles.

The statement demonstrates that Democrats are at risk of losing progressives' support in a 50-50 Senate even as they court Republicans to produce a bipartisan bill.

"If it is roads and bridges, yeah, of course we need to do that and I support that," Sanders (I-Vt.) said on NBC's "Meet the Press." "If it is regressive taxation — you know, raising the gas tax or a fee on electric vehicles, or the privatization of infrastructure, no I wouldn’t support it, but we don’t have the details right now."

Twenty-one senators, including 11 Republicans, have detailed a bipartisan proposal that costs about $973 billion over five years or $1.2 trillion over eight. The plan would have $579 billion in new spending and would repurpose unspent Covid relief funds, impose a surcharge on electric vehicles, and expand the use of state and local funds for coronavirus relief.

Sanders fired back on measures like the added gas tax and fee on electric vehicles but added that the proposal was "mostly good."

Yeah, of all things, the left flank could clip Schumer over gas taxes and fees on crappy electric cars. This whole mess was already on legislative life support, but Sanders could be the one who pulls the plug.