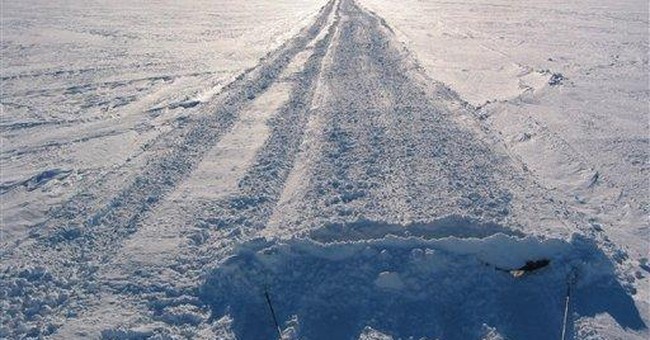 These people are asking us to commit to drastic lifestyle changes. They want to ban the internal combustion engine, build wind farms, go heavy on solar, and quit eating beef. Trillions in economic activity must be sacrificed to save Mother Earth. I don’t think that’s going to fly. The so-called clean or green energy alternatives are not efficient. They can’t power our economy. The environmental Left knows that but advocates for these garbage energy sources anyway. It’s all about making America poorer. A less wealthy America is a healthier Earth, so they say.

So, how do they come up with the figures? How did they pinpoint what global temperature increase we have to avoid over the next couple of years.? It’s 1.5 degrees Celsius. That’s what CBS News’ climate guru Jeff Berardelli said.

Climate specialist: Well b/c that's the number "we chose"#Science pic.twitter.com/k6ILumkfqI

When pressed on the figure and how they came up with it, Berardelli merely said it’s just the number they decided to go with right now—that’s it, dude?

Let’s go back to the 1970s. Newsweek prints a piece about how the Earth was cooling. We needed to store seeds and pack the pantries and granaries. Why? A period of re-glaciation was about to be unleashed on the North American continent. It didn’t happen. The Arctic Ice Cap was supposed to be gone by 2013. It actually grew by over 533,000 square miles. These climate cultists have been wrong before—dead wrong. They’ve predicted doomsday—and nothing happened. I’m not, nor should anyone, be willing to sacrifice trillions in economic activity to curb an already natural process. And this ‘well, we said so’ attitude doesn’t help persuade anyone. It’s a ruse, folks. Always has been, always will be. It’s the ultimate Trojan horse, and only the elite and wealthy can afford to get pinched by what this crew advocates. It's nonsense.

Now, there is nothing wrong with conservation. Hunters and those who venture outdoors regularly benefit greatly from that, but that's not what we're talking about here.