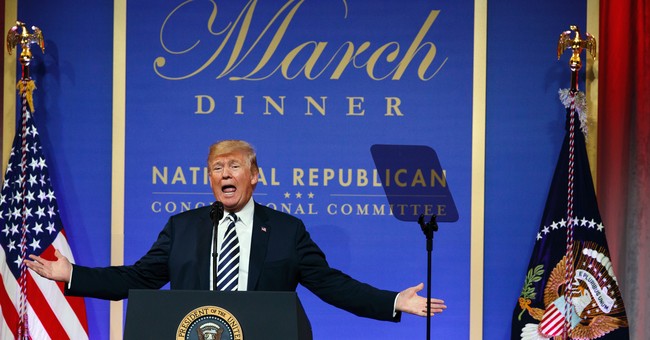 Well, this isn’t exactly shocking. Twitter banned him eons ago. Facebook’s Star Chamber decided to keep Trump banned for another six months. They said they will circle back to it like Jen Psaki. It’s censorship. These bans were enacted when Trump was still president. To somewhat circumvent the ban, the president decided to start his own blog. Hey, it’s probably the best option he has, but his team rightfully tried to see how far they could take it by creating a DJTDesk account on Twitter. The account’s lifespan was brief (via NY Post):

The 45th president on Tuesday revealed his new website, “From the Desk of Donald J. Trump,” which allows him to provide his thoughts in Twitter-style posts that can then be shared on social media sites from which he has been banned.

The site is meant to serve as “a place to speak freely and safely,” a statement from Team Trump said. The team is working on developing the site further to give him the ability to communicate directly with his followers.

An account appearing to belong to the former president’s new platform, @DJTDesk, emerged on the social media site shortly after — but a source close to Team Trump told The Post that the account “was not created by anyone on President Trump’s team.”

I mean, there was no way to really hide this. This was as covert as Ted Cruz trying to sneak away to Cancun while his state was hit with the worst winter storm ever this year. Trump’s team tried to find a way for number 45 to get back onto Twitter in some way. It didn’t work out. The stance on these bans will get interesting, however, if Trump decides to run for president again in 2024. Until then, you can visit his blog for all the updates you need.