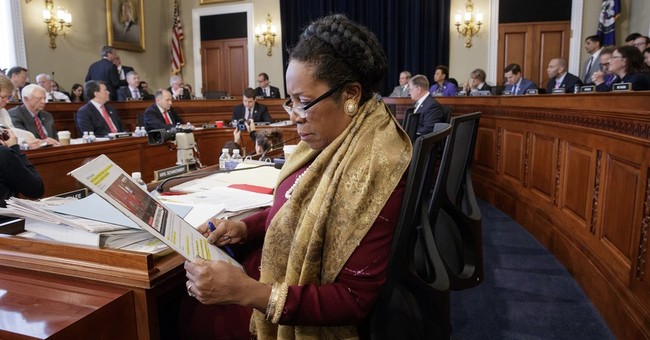 We’re about to have a discussion about something that’s been on the minds of the far left for years: black reparations. In the spirit of unity, we’re going to punish whole swaths of people for the sin of slavery for which they bear zero responsibility. Does anyone see this becoming a racial trainwreck? I do. I can see this coming from 1,000 miles away. Slavery is dead. The people who owned slaves in America when it was legal are LONG dead. The current folks living now have zero part in that heinous system of oppression but make them foot the bill because…feelings. If you want disunity, then debate this topic and waste everyone’s time. Congress has become a hall of theatrics and not governing. This is a prime example. It was introduced by Rep. Sheila Jackson Lee (D-TX). This is the furthest such a proposal has gone in Congress—but it’ll likely not pass. That’s not the point, however. We’re getting a window into the world Democrats want to create if they get the legislative majorities to do so (via WaPo):

A House committee on Wednesday approved legislation to create a commission to make recommendations on paying reparations to the descendants of enslaved people, the furthest the bill has advanced since it was first introduced more than 30 years ago.

Advocates of reparations pushed it to the forefront last year as racial justice protests were held across the country following more police killings of Black Americans, including George Floyd in Minneapolis, and it became an issue during the Democratic presidential primary contest.

“Here we are today, marking up for the first time in the history of the United States of America any legislation that deals directly with the years and centuries of slavery of African American people who are now the descendants of those Africans,” said Rep. Sheila Jackson Lee (D-Tex.), who has introduced the legislation in every Congress since its original sponsor Rep. John Conyers Jr. (D-Mich.) retired in 2017. She added that the bill would serve as a necessary first step on a “path to restorative justice.”

Whether the bill will receive a vote by the full House is unclear, and the legislation faces a steep climb to making it into law.

House Majority Leader Steny H. Hoyer (D-Md.) told reporters Wednesday that he will begin to consider when to schedule it for a floor vote, but it is unlikely to be considered soon.

Several Democrats on the committee took issue with comments from Republicans, particularly those of Rep. Tom McClintock (R-Calif.), who said the bill was “evil in its intent” and would cause division in the country.

“When someone in this room calls this evil and that this brings about evil, I cannot accept that,” Jackson Lee said. “I am offended.”

Rep. Cori Bush (D-Mo.) said that hearing Republicans dismiss a reparations study poured salt in the wounds of families like hers that have stories in their histories of separation, slavery, rape and lynching.

“To the Republicans who are against this legislation, how dare you. How dare your nearly all-White panel puts so much energy and abuse your power to deny justice for the descendants of one the most egregious atrocities in the history of the world,” she said. “You have no idea what that’s like. You don’t know what that’s like. But the least that you can do is support research.”

Yeah, that’s what this is all about, isn’t it? Punishing white people. Actually, punishing anyone who isn’t black…because that’s how this bill will be viewed by most people.