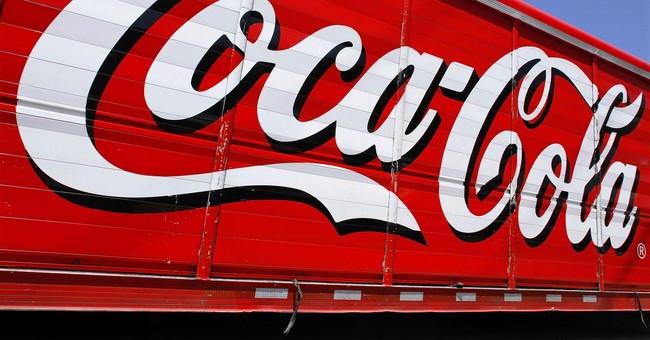 What in the fresh hell is this? This is a taste of Joe Biden’s America—and it’s quite nasty. The political correctness mobs, the seminars, the pseudo-intellectual race theories—they’re all trickling through and it will take brave whistleblowers to expose this nonsense. Take the Coca-Cola company. It’s soda. It’s delicious. And it’s being tainted by this left-wing crapola. An internal whistleblower at the company sent screenshots to Dr. Karlyn Borysenko, a YouTube vlogger and psychologist, who did a deep dive into this seminar from hell.

I mean, the screenshots are enough to make you puke. Coca-Cola apparently wants their white employees to be “less white.” What does that entail?

It means white folks need “to be less oppressive, less arrogant, less certain, less defensive, less ignorant, and be humbler.” Oh, and I forgot that they should listen, believe, break with apathy, and break with white solidarity. I’m adopted and apparently, I was raised by white devils.

Somehow whites were always arrogant, oppressive, and ignorant. Isn’t that racist? I mean, I’ve encountered people of color and other Asians who were all of those things—arrogant, defensive, ignorant, oppressive—and I just thought they were total a-holes. In fact, regardless of race, that’s what you are when you embody a lot of these…so-called problems, I guess. This isn’t a racially exclusive issue. It never was, until woke morons decided to make all things bad a ‘white people problem.’

I’d rather chug bleach than be forced to endure this lefty re-education. To channel my Asian heritage, I’d rather light myself on fire like the Buddhist monk in the streets of Saigon than be subjected to this propaganda.