What in the Fresh Hell Is 'Multiracial Whiteness' and What Does It Have to Do with Trump? 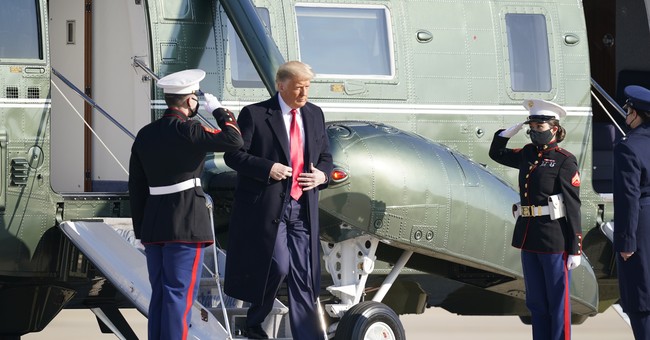 “Multiracial whiteness” cannot exist…unless you’re on a college campus where linguistic gymnastics are done daily to make mutually exclusive concepts seem logical and rational. It’s academic doublethink. It’s the sheer arrogance that rests with American liberals. They think their political views give them a pass on reality, that they can cobble together essays on said nonsense and make it seem acceptable. You can’t polish a turd. If something cannot make sense. It cannot make sense. All the academic literature behind it is trash, a pure exercise in wasting one’s time. So, what does this pseudointellectual term have to do with Donald Trump? Well, it’s one of the appeals regarding his supporters or something. The author of this op-ed in The Washington Post also wrote something called “Cruelty as Citizenship: How Migrant Suffering Sustains White Democracy.

Yeah, in other words, it’s an ‘illegal aliens, welcome’ piece of work.

Look, maybe I’m a bit harsh. I’m sure the work is well-researched and all, but just take a gander at this regarding “multiracial whiteness” (via WaPo):

Multiracial whiteness reflects an understanding of whiteness as a political color and not simply a racial identity — a discriminatory worldview in which feelings of freedom and belonging are produced through the persecution and dehumanization of others.

Multiracial whiteness offers citizens of every background the freedom to call Muslims terrorists, demand that undocumented immigrants be rounded up and deported, deride BLM as a movement of thugs and criminals, and accuse Democrats of being blood-drinking pedophiles.

America’s racial divide is not simply between Whites and non-Whites. Thinking in terms of multiracial whiteness helps us recognize that much of today’s political rift is a division between those who are drawn to and remain invested in a politics of whiteness and those who seek something better.

"Multiracial whiteness" is just another term for struggling with the fact that some of the people who disagree with you are brown.

“In the politics of multiracial whiteness, anyone can join the MAGA movement and engage in the wild freedom of unbridled rage and conspiracy theories.”

No. This is America. Anyone can believe in whatever they want, vote for whomever they want, and be whomever they want. To suggest otherwise, I say, is anti-American. I’m a person of color so I can only do this, that, and the other; I’m siloed like a North Korean missile? I would argue that race-based tribalism from the Left is why certain communities only vote for Democrats. You see that especially in black and Latino communities, which the author laments saw both groups vote for Trump in greater numbers than in 2016. Why is this tragic? You don’t own them. Are liberals worried their stranglehold on these voter blocs, whom they routinely ignore and exploit, is coming loose?

Trumpism isn’t some weird political concept, guys. You’re thinking about this way, way too hard. Almost 90 percent of the so-called Trumpism platform is what conservative Republicans have pushed for in the national political arena for decades. We’re going back to Barry Goldwater on some stuff. At its core, Trump backed a smaller government, less regulation, fewer taxes, job growth, a strong national defense, and no new wars. He didn’t take the liberal media’s nonsense. He fostered Middle East peace agreements between Arab nations and Israel. Yes, that did happen. And overall, was a cheerleader for America. Yeah, liberals, if you venture outside your snobby circles, you’d find that we love this country. We know you don’t—but if you wonder why everyone makes fun of you, that’s one of the reasons why. Americans also support police and don’t like rioting. Shocker, I know.

Liberals are an interesting slice of people in which when they’re presented with views that totally wreck their narrative, they just regard it as racism. Again, reality slaps it in the face. You saw that when Chicago teachers’ unions said that re-opening schools during the COVID pandemic were grounded in racism and misogyny or something. Uh, how? It’s isn’t. That’s why these people are morons.

The irony about the 2020 race and the recent Georgia runoffs is that rich white liberals funded the effort mostly. They will continue to do so. Democrats are a regional party. They’re an urban-based party. It’s a party that has an inner and outer party apparatus. The inner folks are the white, college-educated liberals who donate to the Democratic National Committee in disproportionate numbers than say, black Americans who also vote reliably Democratic. Money talks. Which side do you think will curry more favors and carve a bigger seat at the table? So, if we’re going to talk about white folks here, Democrats are the ones who really need to look in the mirror because right now, the rich urban-based professional class which is whiter than Wonder Bread is going to have their concerns catered to more than those in communities of color. It’s a fact. And from what I’m reading and what I’ve heard—that’s straight-up white supremacy within the Democratic Party. All of this while these communities—the outer party—still overwhelming vote Democratic and nothing better ever happens. Why these folks vote for Trump in 2020 in greater numbers? Gee—what have they got to lose? Also, Trump created the best job market for Black Americans before COVID hit. That’s also true.