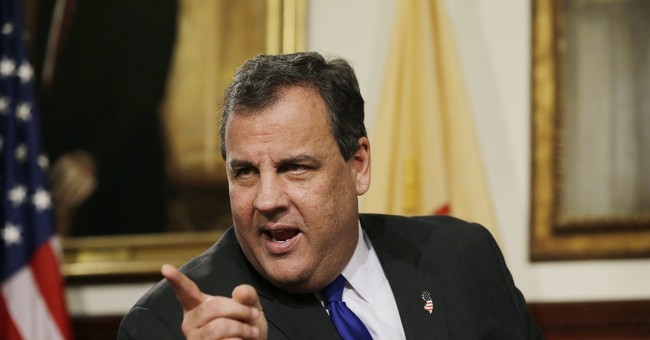 There are some very good things about Chris Christie. He beat incumbent Democratic Gov. Jon Corzine in 2009. He took a sledgehammer to the teachers’ unions. He pushed for property tax reform in the state. In a deep blue state like New Jersey, Republican governors are seldom seen. The man did his best and “Bridgegate” wasn’t nearly as scandalous as the Russian collusion hoax, the political assassination of Michael Flynn, or any of the dirty operations that were cooked up at the FBI during and after the 2016 election.

Gov. Christie ran for president in 2016. It was not successful. So, why is he floating the idea of running again in 2024? Even worse, he said he’d do it if Donald Trump runs again in the primaries that cycle (via Daily Caller News Foundation):

Former Republican New Jersey Gov. Chris Christie told the Daily Caller News Foundation that he’s open to running against President Donald Trump in 2024, but that his decision will ultimately be independent of Trump’s actions.

“I’ll make my own decision without regard to anybody else who’s running. Whether it’s the president or anybody else,” the former governor told the DCNF.

Christie ran for the GOP presidential nomination in 2016, but endorsed Trump after suspending his campaign, Fox News reported. Trump hinted in a White House Christmas party about a 2024 election bid if he can’t reverse President-elect Joe Biden’s election win.

That’s a typical Christie answer: no-nonsense and beats to his own drum. Trump is probably going to run again in 2024. He should. His base is hardcore, devoted, passionate, and most of all loyal. The GOP is Trump. In three years, when both sides gather their forces for the next presidential election, Trump will be in the best position to win the nomination again—no matter who also tosses their hat into the ring. Legions of Republicans feel the 2020 election was stolen. There is a lot of funny business, but the legal clock ran out. Those challenges that were filed by the Trump campaign proper or its allies were shot down. That only has made Trump’s supporters more infuriated. This feeling isn’t going away. they want revenge. And Trump 2024 will be their outlet to vent their populist frustrations just as it was in 2016, only this time with the added motivation of alleged voter fraud. Christie cannot compete with that. He might have had a better chance in 2012 when the party dynamics were different, but not now.

Trump defeated the entire 2016 GOP field that was supposedly stacked with top talent. It wasn’t easy. The president earned the nomination after a bruising battle. Christie and Trump may be friends, but when has that taken a backseat to political ambitions. My advice to the former governor is… don’t do it. Don’t run in 2024. He might come to that decision regardless when things ramp up in 2024, Trump declares and sees the support and the money flow right back to Mr. Trump. Unlike Jeb Bush, who his people thought would clear the 2016 field with his name and $100+ million war chest, Trump would actually do that should he run again.