Reports: People are Saying That Many Heads are About to Roll at ESPN 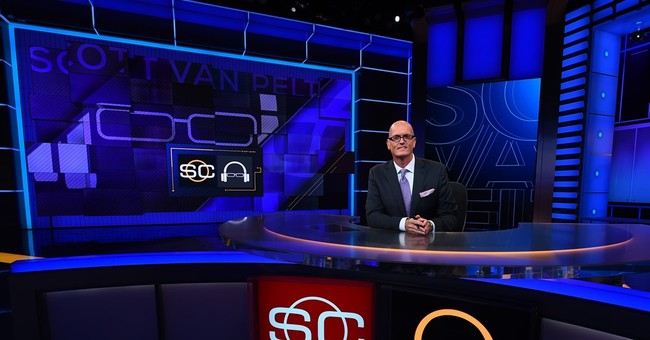 Get woke and go broke. That’s true for a lot of enterprises that have become uber-liberal regarding their direction. For A&E, they decided to axe the popular show ‘Live PD’ in the wake of George Floyd’s death in Minneapolis. After that, their audience numbers collapsed. At ESPN, they’ve decided to maintain their nonsensical approach to this and while Jemele Hill is no longer there, you have Max Kellerman spewing equally idiotic PC nonsense.  Remember, this was the network that suspended Linda Cohn who suggestedthat maybe ESPN’s political nonsense was impacting its subscriber rates. And yet, Ms. Hill called Trump a white supremacist and nothing happened. Well, as of now, we have reports that heads are about to roll at ESPN.

Is it due to their continued dabbling in politics? Probably not, as COVID has impacted everyone. The network appears to be shifting towards the streaming end of the business, but that still doesn’t mean we can’t kick them for being ‘woke’ morons for their past shenanigans (via Outkick):

Sources inside and outside of ESPN say that the network is bracing for major cost cuts in 2020, including the potential layoffs of hundreds of employees.

This news won’t come as any surprise to those who have been following the media business and/or Disney. NBC Universal layoffs impacted up to 10 percent of their 35,000 employees, including many at NBC Sports. CBS News was hit with layoffs in May. Fox Sports laid off 50-100 staffers in July. We could go on and on naming media organizations, both in and out of sports, who have had to slash their budgets lately.

ESPN has also been slowly transitioning away from a business model that primarily focuses on cable TV, where they have been steadily losing subscribers since 2015, to the OTT streaming future.

Again, we had tales of people pretending to be Democrats in order to keep their jobs when Hill’s antics at the network became a topic of discussion. Not really sorry that cuts are coming.