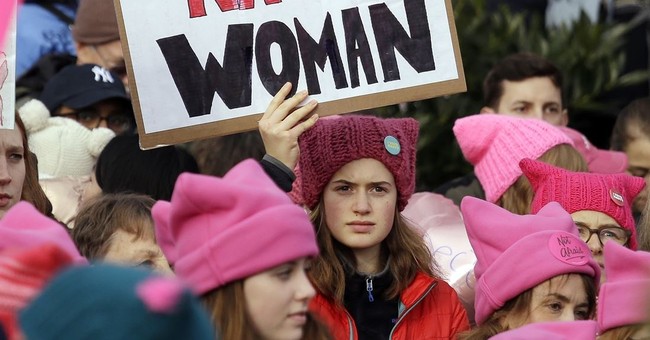 Oh, the pink hats are coming back. That means we should all grab some popcorn because there is nothing more entertaining than a bunch of feminists frothing at the mouth over the fact that Donald Trump is about to fill the Supreme Court vacancy left by Ruth Bader Ginsburg, who passed away last Friday at the age of 87. On October 17, they’re coming back. They say it’s going to be epic (via The Hill):

The Women’s March organization is planning a nationwide protest next month opposing President Trump and his move to fill the late Justice Ruth Bader Ginsburg’s seat on the Supreme Court.

“We're planning a massive, nationwide march on October 17 to send an unmistakable message of our fierce opposition to Trump and his agenda, including his attempt to fill Ruth Bader Ginsburg’s seat,” the organization said in an online fundraising page for the event.

The Women’s March organization said on Instagram on Monday that the event will “send a clear message that we will not allow Trump and the GOP to endanger our lives any longer.”

People can hear you, ladies. For sure. They can see you too. But none of this matters. Have your rant and voice your anger, yes. This is your right as American citizens. And when all of that is done. We’re going to fill Ruth Bader Ginsburg’s seat before the election and there’s nothing you can do to stop us. Thanks for playing. We won. You lost. That’s how this works. Elections have consequences.

If anything, Ruth Bader Ginsburg screwed you all. She didn’t retire during the Obama administration, but I know there are bigger debates, like why she didn’t hire more black law clerks. Oh, yes, we all know the ‘woke’ Left is discovering some troubling aspects of her life. Well, ‘troubling’ in the eyes for you unhinged people.