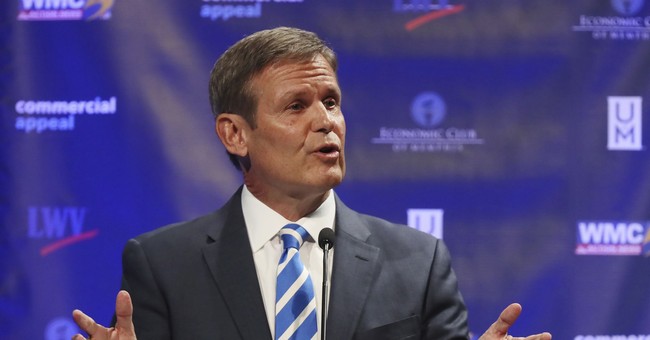 I don’t blame Tennessee’s Gov. Bill Lee for signing this bill into law. He increased punishments against those engaging in the type of mayhem seen in Portland, Seattle, and Chicago, some of which include the loss of voting rights. Yes, you can bet the liberal media, Democrats, and the American Civil Liberties Union is going to be immensely triggered by this law. Oh wait; the ACLU state chapter already responded saying, “We are very disappointed in Governor Lee’s decision to sign this bill, which chills free speech, undermines criminal justice reform and fails to address the very issues of racial justice and police violence raised by the protesters who are being targeted” (via The Hill):

Tennessee Gov. Bill Lee (R) quietly signed a bill into law ramping up punishments for certain kinds of protests, including losing the right to vote.

The GOP-controlled state General Assembly passed the measure last week during a three-day special legislative session and was signed without an announcement earlier this week.

Among other things, the new law stipulates that people who illegally camp on state property will face a Class E felony, punishable by up to six years in prison. People found guilty of a felony in Tennessee lose the right to vote.

The new law also slaps a mandatory 45-day sentence for aggravated rioting, boosts the fine for blocking highway access to emergency vehicles and enhances the punishment for aggravated assault against a first responder to a Class C felony.

Look, this leftist mayhem that’s engulfed the nation that was intentionally suppressed from being mentioned at the Democratic National Convention—no shocker there—has to end. It’s been weeks of this nonsense, and it’s no longer about race, police reform, or George Floyd, the man at the center of this officer-involved fatality by the Minneapolis Police that set off this new wave of left-wing activism. It’s not about Black Lives Matter anymore. It’s about Marxist revolution. How does threatening to blow up federal buildings have anything to do with furthering police reform, which many in the media said this was all about? Yes, federal buildings in Portland had to be evacuated Friday due to car bomb threats. It’s time to put the mob down. Federal agents were deployed to protect these buildings, as they have every right to do so and enforce law and order. The media smeared them as the SS-Gestapo. Withdraw and calm will reign, they said. That didn’t happen. The left-wing mob is now taking this nonsense to the suburbs.

Law and order must be restored.