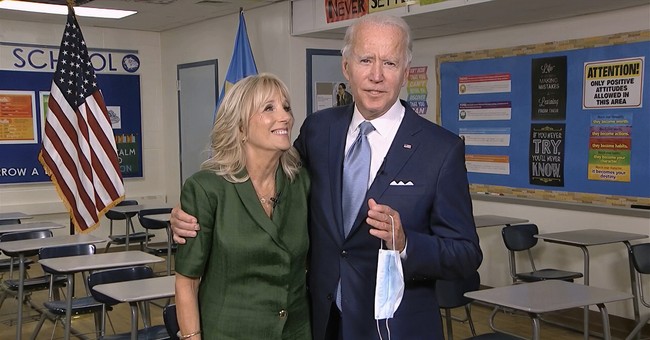 Well, if John Kasich can take solace in anything after his betrayal of the Republican Party, it’s that he won’t be alone. Hey, all of these clowns can join him in that field, so he won’t be as lonely. The Democratic National Convention is over. Joe Biden and Kamala Harris are official the Left’s “back in chains” ticket for 2020. And look, they found like 12 Republicans who are going to back Joe Biden because…I really don’t know why. Any true Republican would have never voted for Hillary Clinton. Any true Republican knows the same can be said for Biden. It makes no sense for any conservative to vote for Joe Biden. Let me break cycle of party tribalism by voting for a man whose agenda is all about…tribalism. This is politics at its core. It’s why there are these things called parties and a voter base. it makes no sense to vote for someone whose values and policies you despise all because you want to…put country over party. The clowns who peddle this nonsense are the weakest, most trite losers in politics. And boy, did Democrats find some Republicans who fit that mold, and it’s not just Kasich.

Who are these weak people?

‘I voted for Trump, I regret it, and now I’m a full-blown liberal?’

These people were never on our side, to begin with, and never were Republicans. If you cannot see that the Democrats are for leftist violence, mayhem, the destruction of capitalism, law enforcement, high taxes, more regulations, fewer jobs, and an agenda enforced by a politically correct, authoritarian ethos, then you were never one of us. We don’t want you in the party and we don’t need you in the party. Have fun with Antifa and the other left-wing terrorists flooding our cities. And shocker, it seems that none of these pro-Biden Republicans were really Republicans, to begin with, as “Michael” from Rhode Island who was featured at the DNC, is really a registered Democrat who has voted as such in four of the last five elections.

Tonight's DNC featured "Michael" from Rhode Island, who claimed to be a "longstanding" Republican that was voting for Joe Biden

Except he's currently a registered Democrat, and has been in 4 of the last 5 elections he's voted in https://t.co/66pPw7SRQ4 pic.twitter.com/dT6Fw63xl0

you question whether or not the DNC even bothered to vet these folks, or if it just figured no one would check pic.twitter.com/frop32LCOz

Yeah, “Michael” was a real Republican alright; my eyes cannot roll any harder.