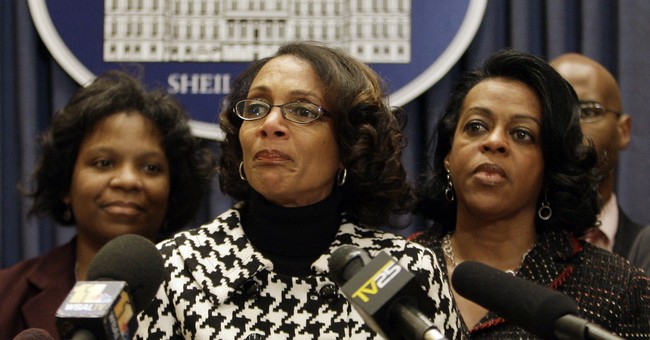 Well, it's a deep blue city, so I guess this shouldn't shock us too much, but Baltimore's mayoral race could experience the Marion Barry effect, the return of a mayor who was previously convicted of a crime. It's not drug possession, however, which got the late Mr. Barry, mayor of DC at the time, into legal trouble in the 1990s for which he actually served some jail time. After his release, he ran again for mayor and won. And people wonder why Democratic cities are poorly run? Baltimore could be having its own much softer version of that, albeit with politicians who are crooks, but not drug users. Still, the narrative remains about how Democratic cities are administered. The fish rots from the head.

The city's former mayor, Catherine Pugh, resigned in a corruption scandal relating to a business arrangement between her series of children's books at the University of Maryland Medical System. She got a three-year jail sentence for this fiasco and is expected to plead guilty to perjury in the coming days.

The Baltimore mayoral seat that was vacated last year when Catherine Pugh resigned over a corruption scandal -- which led to a three-year prison sentence -- now appears likely to be filled by a former mayor who has a past conviction of her own.

With Democratic primary returns still coming in after Tuesday’s vote, the front-runner appears to be Sheila Dixon, who resigned as mayor in 2010 after a jury found her guilty of misdemeanor embezzlement for misappropriating gift cards for the poor.

Dixon leads a pack of more than 20 Democratic candidates that includes current Acting Mayor Bernard C. “Jack” Young, who took office when Pugh stepped down in May 2019 amid allegations related to sales of her self-published children’s book. Pugh ultimately pleaded guilty in November to fraud, conspiracy, and tax-related charges, and in February was sentenced to three years in prison.

There were six voting sites in operation Tuesday, but most votes were expected to be cast by mail due to the coronavirus pandemic.

Par for the course for a Democratic city, huh?