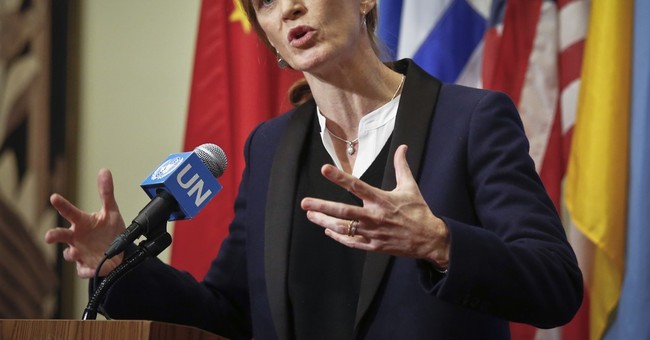 Well, Acting Director of National Intelligence Richard Grenell is cleaning out the cobwebs of the old regime. He revealed who was behind the unmasking effort against ex-National Security Adviser Michael Flynn. Flynn was speaking with then-Russian Ambassador Sergey Kislyak because that was part of his job. The Obama administration appears to be spying on him, fishing for something to nail him regarding the Russian collusion myth. The FBI counterintelligence probe was finding nothing because there was nothing. Remember, the bureau used an unverified political opposition research document funded by the Democrats and the Hillary Clinton campaign as the basis for this clown show back in 2016. It was the basis for going after Flynn. It was cited as credible evidence to secure a spy warrant against Carter Page, a former Trump campaign official. And it was the overall document that was at the heart of the Trump-Russia collusion hoax that was weaponized by Democrats and their liberal media allies in an attempt to take down this administration. And at the end of it all, Trump is still president, the media’s credibility is irreparably damaged, and sadly, good men had their lives destroyed. It showed how dirty Obama was willing to get in order to damage his successor.

Since the whole collusion hoax was based in a lie, it should shock no one that officials are being exposed for their bad behavior. Evelyn Farkas said in an interview on MSNBC that she had evidence of Trump-Russia collusion. She didn’t. Former Vice President Joe Biden said he didn’t know anything about the unmasking of Flynn. Not true. And now, Samantha Power, who was our ambassador to the United Nations, has been exposed for lying in this unmasking effort (via The Federalist):

Former U.S. Ambassador to the United Nations Samantha Power testified to Congress in 2017 that she never sought to unmask records containing information about former White House National Security Adviser Michael Flynn. Newly declassified documents from the National Security Agency (NSA), however, show that her name appeared on at least seven separate requests to unmask Flynn’s name between Nov. 30, 2016, and Jan. 11, 2017.

Power was asked explicitly during sworn 2017 testimony before the House Permanent Select Committee on Intelligence (HPSCI) whether she had ever attempted to unmask information related to Michael Flynn, a retired general and former head of the Defense Intelligence Agency who later briefly served as national security adviser under President Donald Trump.

“The number of unmasking requests by yourself began to go up dramatically in 2014,” Rep. Adam Schiff, D-Calif., noted during his questioning of Power to explain why the topic of unmasking had been raised. “[L]et me then ask you about, sort of, maybe the gravamen of how this came about. And I think it came about over a concern about the leaking of Mike Flynn’s name.”

“So, to your knowledge, did you ever make [redacted]?” Schiff asked, likely referring to intercepts of Flynn’s conversations.

“I don’t recall making such a request,” Power said.

Joe Biden was one of those who unmasked Flynn during the investigation. Biden was just on the air first denying any knowledge of the investigation and then saying "I was aware that...they asked for an investigation, but that’s all I know about it." Unmasking is fairly uncommon...

...Numerous Obama officials demanded the unmasking. Notably, the testimony of various Obama officials was recently released showing that every one said that they never saw any evidence of actual collusion with the Russians. Yet, the media is dismissive of the implications...

...Unmasking is more routine for intelligence officials but the involvement of figures like Biden magnify these concerns. This was an investigation into figures associated with the opposing party and incoming Administration. These were political critics of Obama and Biden.

These activities were supposed to vanish into thin air once Hillary Clinton became president. Welp, that didn’t happen. Obama knew this would be an issue, which is why he and his top officials met on January 5, 2017, where he gave his marching orders to his crew to protect this FBI investigation at all costs. Coordinated media leaks were part of the effort to inflict damage on the Trump administration, which then, as you can see, led to disregarding due process, constitutional rights, and FBI department policy to scalp a top official. The transition period was a time for plotting and spying against Trump and his team. And people think Obama was a scandal-free president.