It Sounds Like the Start of a Joke. The Wife of an NFL Player Walks in on Him Having Some Group Sex… 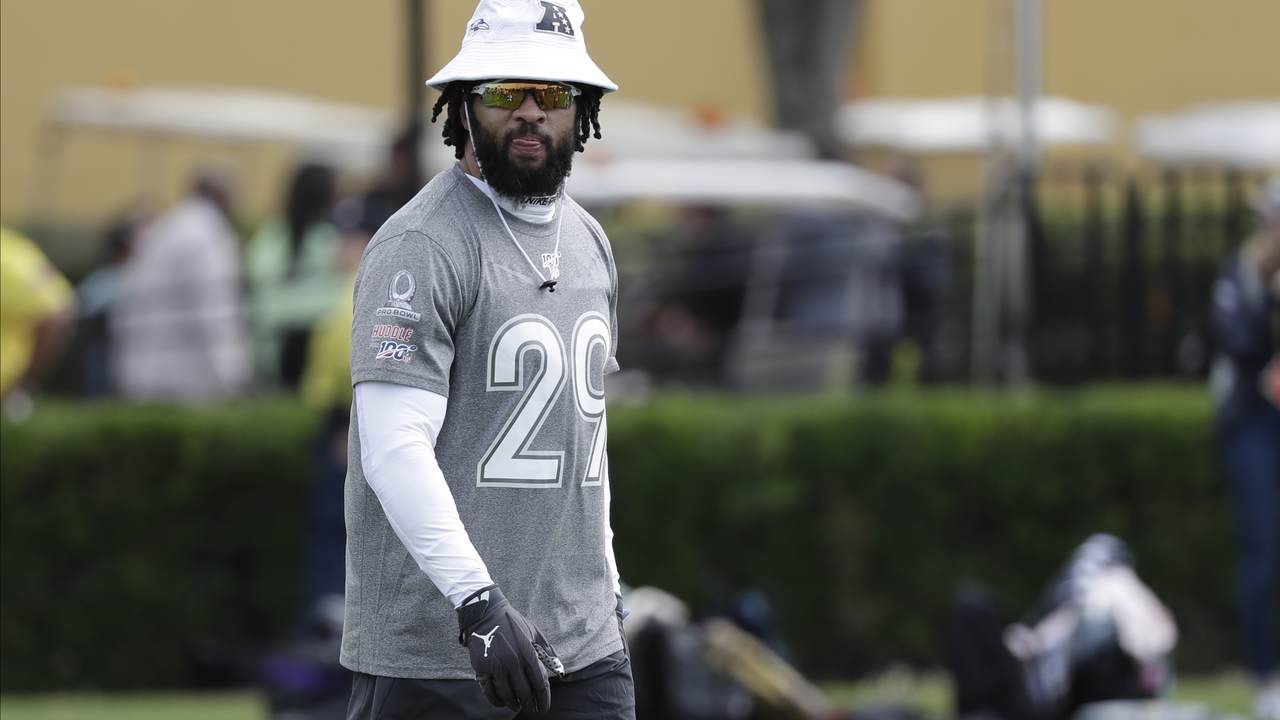 Well, this story about Baltimore Ravens’ Earl Thomas is just unbelievable. It sounds like the start of a joke. Thomas is a Super Bowl champion, seven-time pro-bowler, and three-time all-pro safety. Before signing with the Ravens, he was part of the Seattle Seahawks’ Legion of Boom defense. And yet, he found himself held at gunpoint by his wife. Why?

Well, wouldn’t any spouse be infuriated that she walked in on you engaging in some group sex? Oh, yeah, and Thomas’s brother was involved as well. You simply cannot make this up. Thomas’s wife, Nina, held a loaded gun to his head to scare him, according to reports. She alleges she took out the magazine, but there was a round chambered, and she threatened the lives of the women in bed with Thomas and his brother as well (via CBS Baltimore):

Police in Texas arrested the wife of NFL star Earl Thomas after they say she held him at gunpoint when she went to confront him about an affair. https://t.co/JGuxktsljE

Soooo "Stuff like this happens," according to Earl Thomas. Not sure which part he refers to (the group sex, getting caught, the gun, the knife, the cops, the arrests), but if this is the norm, I believe I WILL stay home! No idea what I'm talking about? Just wait. @AfterHoursCBS

According to court documents, Nina Thomas said she and her 31-year-old husband got into a fight earlier in the over his excessive drinking. Following the argument, Earl Thomas left with his brother Seth.

Nina got suspicious and tried to figure out where Earl was. She logged into his Snapchat where she learned he was allegedly cheating on her with another woman. She told police she used Snapchat’s location tool to find Earl, then she grabbed his 9mm pistol, her sister, and a friend and went to the Airbnb rental to confront them.

When they got to the home, Nina and the two other women entered through an unlocked back door and went upstairs, according to the police report. The women allegedly found “Earl and Seth naked in bed with other women.”

That’s when Nina admitted she pulled out the loaded gun, disengaged the safety and put it to Earl’s head to “scare him.”  She told police she didn’t know it was loaded as she took out the magazine, however police later noted there was a round in the chamber.

Earl tried to wrestle the gun away from his wife as she struck him repeatedly, police said. According to a witness, Nina pointed the gun at the women staying with Earl and Seth and said, “I got something for all of you hoes!”

CBS Baltimore added that Nina had been charged with “burglary of a residence with the intent to commit aggravated assault with a deadly weapon.”

Thomas is in a mess. His wife is being charged. He has to deal with the fallout on multiple fronts, not least being humiliated by this story. The Legion of Boom is over. Is Earl Thomas done in Baltimore? Probably not, but definitely expect the Ravens to release something on what they’re going to do regarding this fiasco.