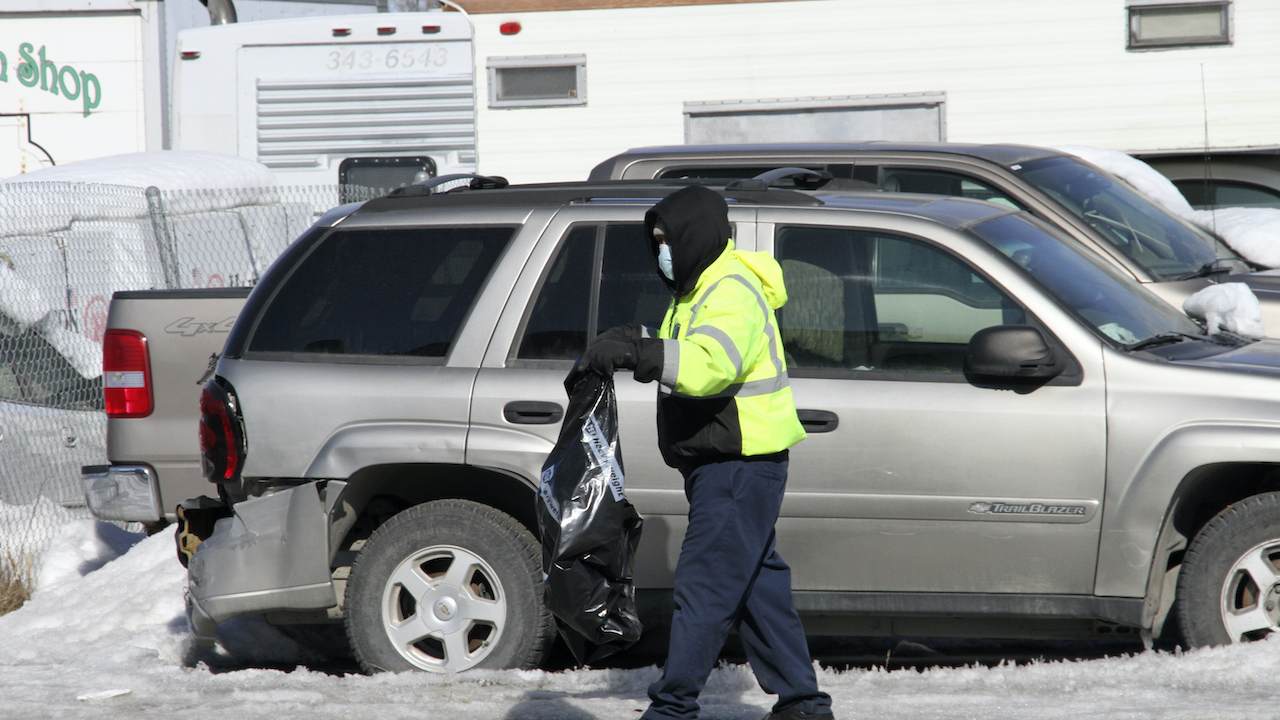 It is a grim day. Over 10,000 Americans have been killed by the Wuhan coronavirus outbreak. There are now over 350,000 cases. New York City and the greater tri-state area is ground zero for this highly contagious disease. But the good news is that NYC hospitals are now discharging more Wuhan virus patients than they are taking in, and deaths have leveled off (via NPR):

There are "good signs" in New York's battle against the coronavirus as the state's death toll is "effectively flat for two days," the governor announced Monday, while also noting the state's health care system is "at maximum capacity."

The governor also reiterated his desire to have the USNS Comfort hospital ship join the Javits Center as a frontline facility to help New York City fight the COVID-19 outbreak.

Cuomo said during his midday press conference that there were 599 new statewide fatalities from the coronavirus as of Monday. That number is only slightly higher than the 594 new deaths reported on Sunday.

"While none of this is good news, the flattening, possible flattening of the curve is better than the increases that we have seen," Cuomo said.

He said the numbers are "hopeful" that New York is approaching its apex of coronavirus infections.

It’s dreary right now. Virtually the entire country is under some form of stay-at-home order or something of similar effect. Millions are filing for unemployment as scores of businesses are laying off workers to cut overhead costs. Restaurants, barbers, and bars are some of the industries that are hardest hit. But even in the health care industry, with elective surgeries now on hold, even some hospital workers are now out of work. In Alaska, two women found themselves out of a job and decided to dress up in inflatable dinosaur and unicorn costumes to cheer up their community. As the world burns, you still have to find some way to smile, right? (via Anchorage Daily News):

A unicorn and a dinosaur walked through Anchorage’s South Addition neighborhood on Wednesday, bringing smiles to mail carriers, dog walkers and children who watched from their windows.

With hospitals and surgery centers putting off elective surgeries because of the growing coronavirus pandemic, scrub tech Christine Hohf found herself working only a few hours a week, mostly answering phones. So she pulled out her inflatable unicorn costume on Tuesday and starting walking down the street waving at people. Her friend, teacher Andi Correa, joined her in a dinosaur costume.

ADN reports that this duo plans on doing this until the end of the quarantine. That varies for some states. Social distancing and washing of hands have been ingrained into the national psyche. We’re dealing with an odd disease. Yes, the elderly and the immunocompromised are most likely to die if they become infected, but a lot of young people have become gravely ill from the Wuhan virus. Some have died as well. While the numbers show that the young are better suited to recover from infection, no one is immune. This virus isn’t transmitted by air, though it can survive in an airborne state for hours. It can survive on some surfaces for up to three days. That’s where social distancing and staying indoors play a key role. Also, there will be those who become infected but will exhibit mild symptoms, while others will be asymptomatic. That latter group is another reason why social distancing is key. Until then, stay indoors. If you’re in Alaska, at least you can enjoy the company of dinosaurs and unicorns.