Of Course, All Veterans Should Be Thanked for Their Service, but This Crop Has a Special Place with Me 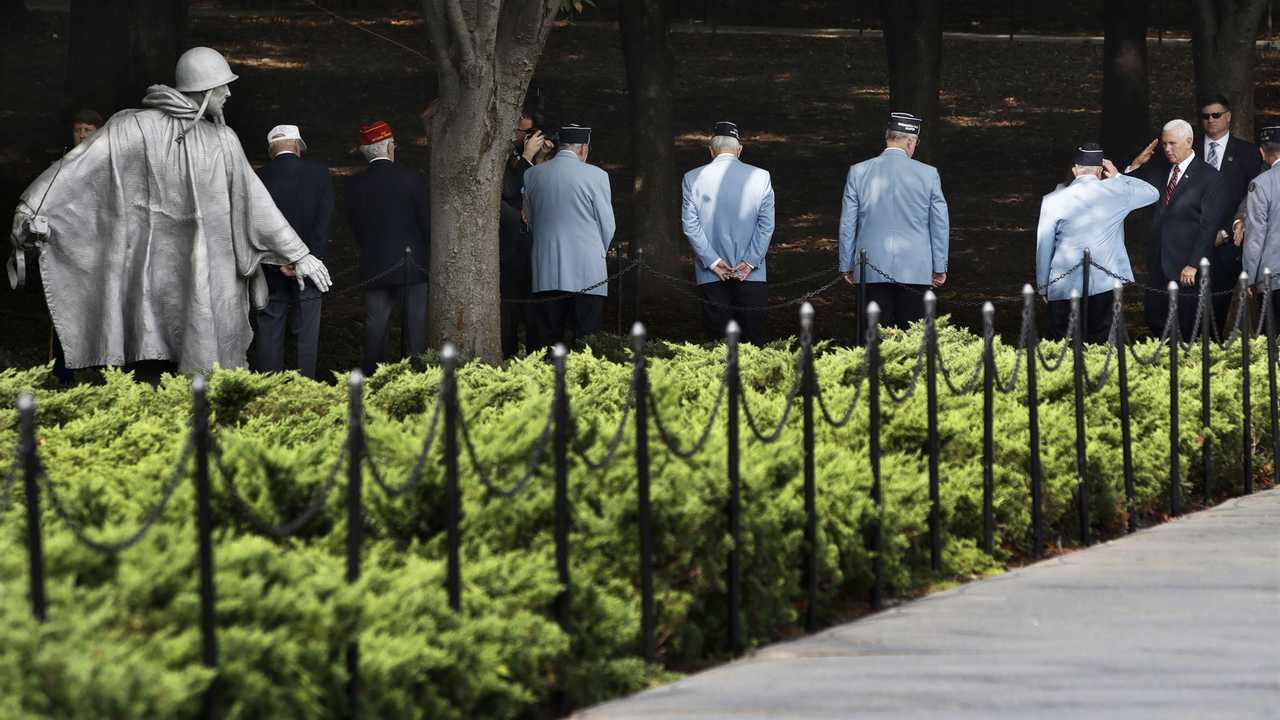 Today, we thank America’s veterans. It takes a special brand of person to potentially sacrifice their lives to ensure that the rest of us can live in comfort. Far too often, we forget that devotion to service exhibited by the few. The war in Afghanistan is our longest conflict, and yet I doubt many would know that we’re still there. We often hear, "thank you for your service" whenever we see a veteran. It’s the right thing to say, don’t get me wrong. But with the slew of issues facing veterans today, especially when it comes to health care and suicide, maybe we can all go beyond that. In fact, a recent survey showed that veterans are a bit uncomfortable with civilians thanking them for their service because they don’t know what to say in return (via Newsweek):

Almost half of U.S. veterans and active service members feel uncomfortable with being thanked for their service, a new survey has revealed.

According to a poll commissioned by the Cohen Veterans Network (CVN), a national not-for-profit network of mental health clinics for post-9/11 veterans and military families, 49 percent of active and former members of the armed services feel uneasy with the expression "Thank you for your service."

It comes as 91 percent of Americans used the expression, according to the survey, and as the country prepares to commemorate its former military service members on Monday for Veterans Day.

"I feel very uncomfortable when civilians say thank you for your service, because I don't know what to say back," said a veteran employed at a Cohen Clinic in Washington.

The survey revealed that veterans preferred questions about when they served, where were they stationed and what specific jobs they did while serving.

And there are other ways to thank and honor veterans. Yet, one class of veterans is special to me. Well, it should be for every American, especially Korean Americans. There aren’t many left, but veterans who survived the brutality of the Korean War deserve special attention.

This isn’t to degrade or marginalize other veterans who survived combat in World War II, Vietnam, or both of our wars in Iraq. But the point is people remember those wars. I often feel that these guys get left in the dust. Hundreds of thousands of American soldiers shipped off to defend a people they didn’t know from communist aggression. It was the Cold War, where politics were now part of the decision process. It wasn’t cut and dry anymore. It was an era of proxy bloodshed. For three years, this destructive and brutal conflict cost the lives of millions, including some 33,000 American soldiers. And yet, it's called a "forgotten war."

The tales of the "frozen Chosin" are harrowing. American troops were heavily outnumbered by masses of Chinese troops, the 1st Marine Division and other units were forced to retreat on a single road to avoid annihilation, and these men had to endure brutal winters that had soldiers so badly frostbitten their toes would simply fall off, among other things. For most of the war, American and United Nations troops (yes, this is the UN’s first war)* fought North Korean and Chinese troops along the 38thparallel, which became a meatgrinder. It’s now the most heavily fortified border in the world.

Mentions of heroism and sacrifice that dot many World War II tales are lost when discussing Korean War veterans. There was no frontline in Korea. Not really—it was linking up hilltops and withstanding a determined enemy that came after them in pervasive human wave attacks. It was not a victory that Americans are accustomed to seeing when the full might of the U.S. military is deployed, but it did save South Korea from communist oppression. Because of their service, U.S. forces were able to provide a space where some 50 million South Koreans can live in freedom and prosperity. It’s allowed nearly three million Koreans to become Americans, either through immigration or, in my case, adoption.

General Douglas McArthur drew up the plan that landed American troops at Inchon in 1950 just as South Korea, whose military was less than stellar, was on the verge of collapse. It allowed U.S. and UN forces to liberate all of South Korea and most of North Korea before the Chinese intervened.

I don’t adhere to identity politics. I’m an American; I don’t view everything through the prism of ‘my race.' But, in this case, generations of Koreans—my race—will be living in freedom because hundreds of thousands of American soldiers decided to pick up a rifle and fight. That’s the dividend. Countless generations are living in freedom and making lives of their own wherever they see fit. I cannot count the ways how lucky I am because of these brave men and women who served in Korea. I would be brainwashed, afraid that Kim Jong-un could read my thoughts. Instead, my birth mother, who for reasons I don’t know, decided not to raise me and instead gave me up to two parents in northern New Jersey—my Mom and Dad. This is my country. This is my home. I live in freedom; I can say what I want without fear of being black bagged by the secret police, write what I want for a living, and drink beer and (as of now) watch the New York Giants lose on a weekly basis. That’s all because of those who served in Korea. And the same goes for other adoptees living here.

World War II veterans also freed scores of people living under the tyrannical yoke of Nazi and Japanese military rule. Korean War veterans did the same, on smaller scale, but the results were the same: the preservation of freedom. And it goes without saying that no conflict where Americans have served, or their blood has been shed, should be relegated to forgotten status. Sadly, it feels like it has happened with this war.

*UN has only gone to war twice in its history. Korea and Desert Storm. Two. That’s it from the organization that fawned over by the Left as a vehicle for conflict resolution.