Impeachment Clown Show: So How Many Democrats Want To Impeach Trump? 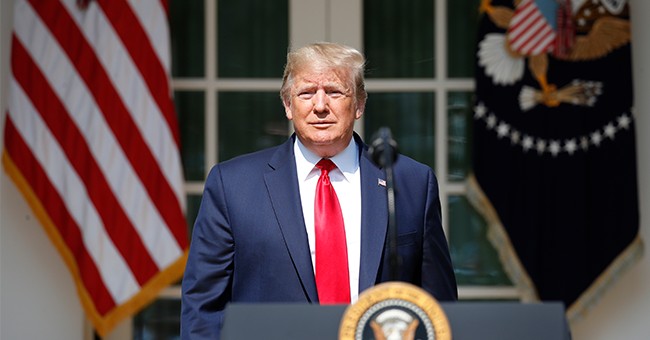 I mean this really isn’t shocking. For years, they’ve been saying it. It’s just been a mixed bag of those who want to get it done now, like the far left of the Democratic Party, and those who want to do it, but not so close to an election year; the ones who take into account political realities.

Speaker of the House Nancy Pelosi said she would rather censure Trump than impeach him. Pelosi appears to be someone unable to corral the crazies in her caucus. Maybe she looked a bit out of step, but I stand corrected. She may just be a good tactician, allowing for the Ocasio-Cortez crew to overreach and then plunge in there with the dagger. With AOC, it was the departure of her controversial chief of staff who likened some House Democrats to racists.

Pelosi also knows the political reality of impeaching Trump based on shoddy evidence that was rendered even shakier with ex-Special Counsel Robert Mueller’s disastrous Hill testimony about the investigation. Mueller came off as the ‘Uncle Junior’ of the investigation team, so aloof that some even questioned if he ran anything at all. It will fire up Republican voters, and Trump will have all the ammunition he needs to trash Democrats who aren’t nearly as clever or nimble as he is on social media. The president is an ace in that field. Also, the evidence is simply not there. Nadler the Hutt’s only evidence suggesting collusion exists…is from Nadler. Still, a majority of House Democrats now support impeaching the president (via NBC News):

A majority of House Democrats have now called for opening an impeachment inquiry into President Donald Trump despite Speaker Nancy Pelosi’s urging the caucus to focus their attention on congressional investigations and ongoing legal battles.

Rep. Salud Carbajal, of California, put the Democrats over the halfway mark on Friday, saying in a statement that Trump “evaded truth, encouraged his staff to lie repeatedly to investigators and engaged in obstruction,” adding “that’s criminal.”

With Carbajal's announcement, 118 out of 235 House Democrats have publicly called for opening an inquiry. More than two dozen Democrats have now voiced support for moving ahead with the impeachment process since former special counsel Robert Mueller testified before the House Judiciary and Intelligence committees last week.

During his testimony last week, Mueller repeated his report's findings that his investigation into Trump and Russia did not exonerate the president on the question of obstruction of justice and found that Russia worked to try to help his presidential campaign.

Yeah, even NBC News is in on it, to no one’s surprise. Who cares if Russia tried to help? The fact is that there was no Trump-Russia collusion. Also, foreign governments have interfered in elections before. I know this may be hard for liberals, but history didn’t begin in 2016.

Again, it’s not about right and wrong; it’s what there is. We’ve meddled in elections, and unlike the Russians, we’ve had success. We’ve even supported coups to erase a result we didn’t like a la Chile 1973. So, please—can we get a grip? This is geopolitics. Get used to it. And even after all of that, the Trump team did not conspire with the Kremlin to tilt the election per the Mueller report, which sections that point this out are almost always ignored by the media.

The run-up to this has been going on for years. All the investigations from Oversight and Judiciary are de facto impeachment hearings. Democrats want to find something, and in two years they’ve got nothing, even this obstruction junction bit, which still has yet to be proven with solid evidence, is only a thing because liberal pundits spew it on the airwaves. Like Russian collusion, it’s a manufactured narrative that’s gone nowhere because a lot of key parts are missing. You can think that a car can run without four wheels, but reality soon hits you in the face; you can’t.

This is another headache for Nancy on the horizon because the far Left is going to get increasingly impatient if leadership doesn’t move as quickly as they would like. Maybe we can get another AOC-Pelosi fight.