Pandemonium: Top Democrat Blows Up At DHS Secretary Over Border Crisis...That Liberals Had Refused To Believe For Months 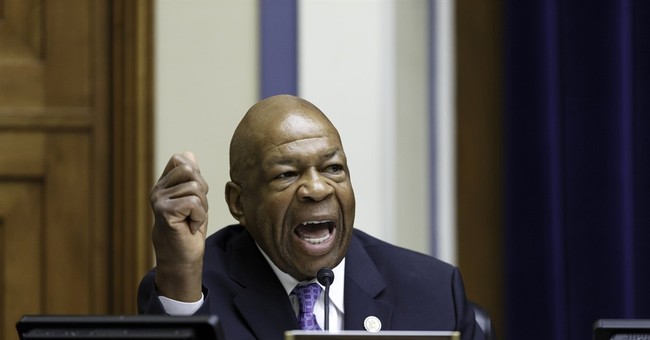 Acting Department of Homeland Security Secretary Kevin McAleenan testified before the House Oversight Committee, where Rep. Elijah Cummings (D-MD) went into a tirade over the border crisis. It was directed at Secretary McAleenan. Cummings is apparently just sick and tired of overcrowding in detention centers. He’s appalled by the conditions. We’re dealing with human beings, they say. Yes, human beings who tried to enter this country illegally and should be sent home. But that’s not the issue here. It’s the gross hypocrisy. As if the Democrats were at the forefront of this crisis, warning about the looming humanitarian crisis it could create. Nope—that would be DHS and the Trump White House who warned for months that the situation was spiraling out of control. DHS flout out said they were running out of money to handle the horde of illegal swarming the border. Democrats thought this was a manufactured crisis. That the threats articulated by Trump were misleading, fake, or inaccurate. The threat of terrorism was one such thing viewed as overblown. ISIS operatives were recently arrested in Nicaragua. I doubt they were there soaking in the sun using points from their Hilton Honors membership (via Washington Examiner):

Rep. Elijah Cummings, the chairman of the House Oversight Committee, shouted down acting Secretary of Homeland Security Kevin McAleenan over conditions in migrant camps during a hearing on Thursday.

"We’re doing our level best in a challenging —," McAleenan said before being cut off by Cummings, who went on a two-minute rant about border conditions.

"What does that mean? What does that mean when a child is sitting in their own feces, can’t take a shower? Come on, man," Cummings said to McAleenan. "None of us would have our children in that position. They are human beings."

"Come on. We’re better than that.

In typical fashion, the Left was wrong. The liberal media was wrong. It should come as no shock since they’re wrong about everything. So, this virtue signaling about the children can take a hike. Go shove it, Democrats. Seriously, you only cared about kids being reportedly covered in their own crap when it became convenient when it became ripe for weaponization against this White House. We all have your number here, guys. So, for conservatives and all non-liberals, ignore these clowns. They only cared about the brown people in ICE facilities when they felt they could score political points. They couldn’t care less about the suffering of these people. All they want is their votes. The long game for the Democrats is open borders, amnesty for illegals, and a pathway to citizenship to swell the Democratic voter rolls. That’s not going to happen if we fight back and do what normal people think is right: enforce federal immigration laws.

Rep. Rashida Tlaib (D-MN) also got into it with McAleenan as well. It was a piece of theater. That’s all this is. The good thing is that Speaker Pelosi and moderate House Democrats slapped these far left-wingers around,  passing the bipartisan Senate border package, which infuriated the progressive wing of the House Democratic caucus. But more funding is needed. On a separate note, McAleenan also has issues of his own as he’s now the target of a federal investigation into who leaked to the press the detailed plans ICE raids currently being executed nationwide.

.@RashidaTlaib interrupted, spoke over, and spoke for her three colleagues for the entirety of the 30-plus-minute interview.@BecketAdams https://t.co/WcTh3zycap