The First Democratic Debates Are Next Week...And The Candidates Are Already Knifing Each Other 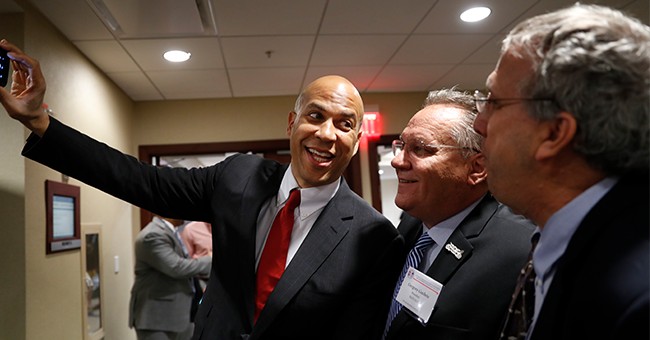 The first Democratic primaries are next week. It’ll be a two-day freak fest, where the most extreme wings of the Democratic Party will duke it out to see who can out-crazy, out-socialist, and out-woke each other. I plan for many entertaining moments, but also many eye-roll incidents as well. The 20+ Democratic clown car is at capacity. So far, it looks like no one else is eyeing to jump in, but that could change. A lot of Democrats think they can run for president. There’s no Clinton. There’s no Obama. Biden is low energy, doesn’t have the charisma of Obama, and is already a two-time presidential loser. Still, because of name recognition, he sits high above the summit, but that’s going to change. His past remarks, the past bills he supported, specifically the 1994 crime omnibus bill which is now problematic for progressives, and the fact that he’s an old white guy are all negatives for Joe. Regardless, you can’t just wait for him to collapse. You need to start making moves now in this 2020 marathon, which is what Sen. Cory Booker and Sen. Bernie Sanders are doing. They cannot keep the blades sheathed. They’re gunning for those at the top right now (via NTK Network):

Democrats are increasingly taking shots at one another as the first presidential primary debate draws nearer. One week out from the first debate, Bernie Sanders and Cory Booker are taking aim at top rivals.

In response to a Politico story that stated centrist Democrats are beginning to cozy up to Elizabeth Warren in an effort to prevent Sanders’ rise to the nomination, Sanders shot back on Twitter.

Sanders essentially called Warren the preferred candidate of the “corporate wing of the Democratic Party,” a label that surely infuriated Warren, who wants to be known as an enemy of corporations.

Booker took aim at the frontrunner, Joe Biden. One Twitter user posted a picture of a sad looking woman with the caption, “me realizing I’m going to have to vote for Joe Biden in 2020.”

This is pretty tame, but interesting because Cory Booker has made a point to not go after Joe Biden by name https://t.co/3ZFjSNwBE8 pic.twitter.com/vE8KK5S5TK

Well, a bigger beef between the two candidates is Joe Biden’s working relationship with known segregationists in the Senate. Biden has not apologized for that (via Politico):

After Sen. Cory Booker appeared on CNN on Wednesday night sounding off on Joe Biden’s recent comments surrounding segregationists, the New Jersey Democrat got a phone call — it was the former vice president.

Biden, however, didn’t apologize for his remarks at a New York fundraiser recalling that “at least there was some civility” when he worked with segregationists in the Senate and that one of those senators “never called me ‘boy,’ he always called me ‘son.’”

“This is really a media issue and it’s an issue that’s going around on social media. But people are not talking about this,” Richmond said. “People want an elected official to get things done. So whether it’s the black caucus working with President Trump last year to get criminal justice done or working with some very unsavory, racist characters back in the day, the goal is to get things done. They are elected and they have a vote, and in order to pass legislation you have to have more votes than not.”

Booker didn’t like that Biden used the term “boy,” and once again called on him to apologize (via Washington Examiner):

Democratic presidential candidate Cory Booker revealed that he had recently had a phone call with Joe Biden regarding their recent public disagreement relating to recent comments made by Biden relating to his positive reflection of working with segregationists.

Biden raised eyebrows among Democrats when he recently described in a positive light his past relationship with former Democratic Sen. James O. Eastland, who supported segregation. "I was in a caucus with James O. Eastland," Biden said of the late senator. "He never called me ‘boy,’ he always called me ‘son.’"

Booker publicly called for Biden to apologize for using the term "boy," which he felt was a racist epithet. When reporters confronted Biden with Booker's call for apology, the former vice president bristled and suggested that Booker should apologize. "[Booker] knows better. Not a racist bone in my body. I've been involved in civil rights my whole career. Period. Period. Period."

Booker knows he has to make moves, but his delivery is over-the-top delivery, acting like some media-starved washed up actor. He comes off as inauthentic and even though he’s trying to hold down Biden under the authoritarian blanket of political correctness, it won’t work. Biden will take a lot of punches, but something more serious than working with unsavory senators is going to have to take the former VP out.