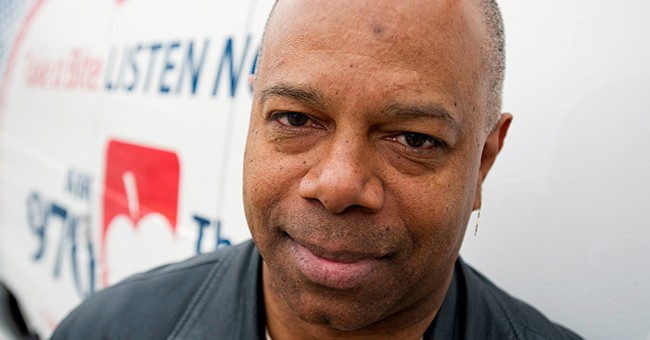 Well, if you want to talk about a rake-stepping moment hitting CNN, there are many, but this one might be one of the worst and we’re not even 30 days into 2019. CNN’s Areva Martin did a radio interview on David Webb’s show on SiriusXM Tuesday and tried to criticize him for exercising white privilege; they were talking about applying for media jobs. There was only one problem: Webb is black. He’s a frequent guest on Fox News and a known conservative commentator. It’s a rather cringe-worthy moment (via WaPo):

“I’ve chosen to cross different parts of the media world, done the work so that I’m qualified to be in each one; I never considered my color the issue; I considered my qualifications the issue.”

“How do I have the privilege of white privilege?” Webb asks.

“David, by virtue of being a white male you have white privilege. This whole long conversation, I don’t have time to get into — ”

Webb then interrupts her to let her know he’s a black man, causing Martin to take a pause.

“You see, you went to white privilege; this is the falsehood in this,” Webb replies. “You went immediately with an assumption. Your people, obviously, or you didn’t look.

Martin apologizes repeatedly for her false accusation, adding that “her people” gave her the wrong information.

This morning, Webb appeared on Fox and Friends to discuss the trip up.

“We were on the radio, which makes this really interesting to me,” said Webb.

“Forget tone, voice, being prepped, as I said to her, she immediately defaulted to an attack which is a false narrative. There is no such thing as white privilege, there is earned privilege in life that you work for, there are those who may have a form of privilege that they exert on others in the form of influence, but this is about more about what she said and the embarrassment and she should be – but the default to this easy, false narrative.”

When asked how she responded to the mix-up, Webb said, “Well she apologized. She, you know, you’re caught  - what do you do. So she apologized but in that apology, she throws her team under the bus.”

He added that he would never throw his crew under the bus, but wondered who is giving out information that he’s a white guy.