The Study Saying The U.S. Is The Mecca For Mass Shootings Was Just Taken To The Woodshed 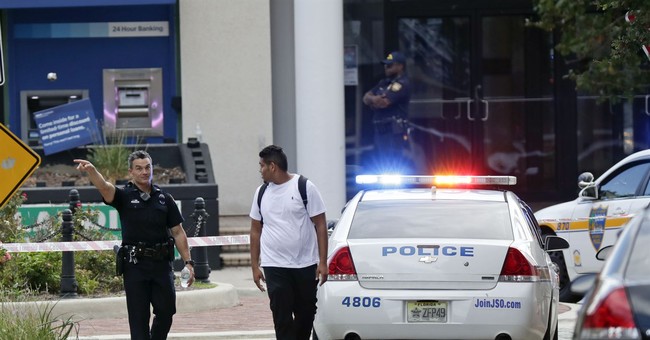 Well, it’s another day, and another anti-gun study that’s shoddy. It comes with additional controversy since its author will not release his data or even open himself to questions about his work. In August, the Crime Prevention Research Center’s John Lott took to task an anti-gun study by Adam Lankford, who suggests the U.S. is the mecca for mass shootings, being the epicenter for 31 percent of them; all of this thanks to our rates of gun ownership. Again, it’s not the criminal’s fault; it’s all about the gun, which apparently has magic powers that forces people to commit acts of violence. Regardless, former President Obama cited it, as have a slew of media organizations:

Lankford claims to have “complete” data on such shooters in 171 countries. However, because he has neither identified the cases nor their location nor even a complete description on how he put the cases together, it is impossible to replicate his findings.

It is particularly important that Lankford share his data because of the extreme difficulty in finding mass shooting cases in remote parts of the world going back to 1966. Lack of media coverage could easily lead to under-counting of foreign mass shootings, which would falsely lead to the conclusion that the U.S. has such a large share.

Lankford’s study reported that from 1966 to 2012, there were 90 public mass shooters in the United States and 202 in the rest of world. We find that Lankford’s data represent a gross undercount of foreign attacks. Our list contains 1,448 attacks and at least 3,081 shooters outside the United States over just the last 15 years of the period that Lankford examined.  We find at least fifteen times more mass public shooters than Lankford in less than a third the number of years.

Even when we use coding choices that are most charitable to Lankford, his 31 percent estimate of the US’s share of world mass public shooters is cut by over 95 percent.  By our count, the US makes up less than 1.43% of the mass public shooters, 2.11% of their murders, and 2.88% of their attacks. All these are much less than the US’s 4.6% share of the world population. Attacks in the US are not only less frequent than in other countries, they are also much less deadly on average.

Yeah, I can see why Lankford would want to head for the bunker concerning questions on his work (via CPRC):

“In phone calls and emails from RealClearPolitics, Lankford was asked how he supplemented the NYPD methods. He did not answer those queries. Nor has he responded to requests for his raw data, which is missing from his published paper, or to clear up basic questions. One of them is why he lists “shooters” instead of “shootings,” the term most criminologists use when comparing data. This is significant because mass shootings outside the United States often involve multiple triggermen. Also, although Lankford cites 202 shooters globally from 1966 to 2012, these cases aren’t listed in any appendix and he only lists totals for a handful of countries. This means that other scholars can’t replicate his research to test his findings — or point out shootings he overlooked.”

“Lankford declined an interview request about his study and told Fox News in an email that he’s “’not interested in giving any serious thought to John Lott or his claims.’”

“I am not interested in giving any serious thought to John Lott or his claims,” he said in response to an email seeking comment. . . .”

“Unlike Lankford, Lott has released all of his data in nearly 500 pages of appendixes so people can reach their own conclusions. Lankford declined a request to release his research or to discuss in any way his findings in comparison to Lott’s report. However, in an email exchange with The Fact Checker, Lankford acknowledged the Mumbai attack in 2008 that killed 168 people was not included in his overseas tally.”

Lott furthered turned this study’s results into sashimi in a NY Post op-ed:

Lankford cites a 2012 New York Police Department report which he claims is “nearly comprehensive in its coverage of recent decades.” He also says he supplemented the data and followed “the same data collection methodology employed by the NYPD.” But the NYPD report warns that its own researchers “limited [their] Internet searches to English-language sites, creating a strong sampling bias against international incidents,” and thus under-count foreign mass shootings.

Does Lankford’s paper also have that problem?

A new report from the Crime Prevention Research Center, which one of us heads, has just finished collecting cases using the same definition of mass public shootings used by Lankford.

Lankford’s data grossly undercount foreign attacks. We found 1,423 attacks outside the United States. Looking at just a third of the time Lankford studied, we still found 15 times as many shooters.

Even when we use coding choices that are most charitable to Lankford, such as excluding any cases of insurgencies or battles over territory, his estimate of the US share of shooters falls from 31 percent to 1.43 percent. It also accounts for 2.1 percent of murders, and 2.88 percent of their attacks. All these are much less than the United States’ 4.6 percent share of the population.

When Lankford’s data is revised, the relationship between gun ownership rates and mass public shooters disappears.

Well, further discussion on the data is over since Lankford isn’t answering questions, telling Fox News and Circa “I am not interested in giving any serious thought to John Lott or his claims,” he said in response to an email seeking comment.” This is why Second Amendment supporters, conservatives, gun owners, republicans, and rural voters don’t trust the push for more government funding for gun control studies—and for good reason, just look at this fiasco. If this is what comes from one study that appears to be erroneous, what will come when government becomes a main funding partner in these ventures? Holy hell!

Remember Obama’s surgeon general, who tried to make this a public health crisis?

Could you imagine if Obama and other anti-gunners had endless government-funded studies compiled by left wing academics? Oh, it would be the slog of the century…maybe.

This study might not have had that intent—or who knows it could have been—but what is certain is that the anti-gun Left would use these studies compiled by academia, which is disgustingly liberal, and have ample political ammunition to push for terrible pieces of legislation across the country, which chip away of our constitutional rights. It’s not worth the risk. Though the Crime Prevention Research Center seems busy, doling out their data that undercuts or refutes the liberal consensus on Second Amendment issues. Carry on, folks. Carry on.