Sen. Warren On Mollie Tibbetts: Yeah, It Sucks She's Dead, But Illegals At The Border Are More Important 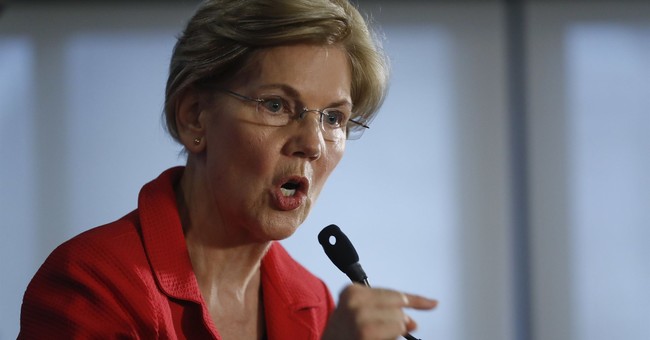 When it comes to the narrative, you must defend it at all times, even if it means trashing an American family. Mollie Tibbetts, the 20-year-old from Brooklyn, Iowa, who went missing while jogging, was found dead this week, her body discovered in a cornfield. An illegal alien has been charged with her murder. Tibbetts had been missing for over a month (via Time):

Police confirmed Tuesday they found the 20-year-old University of Iowa student’s body after a five-week search. Tibbetts went missing on July 18 after going for a jog near Brooklyn, Iowa.

Cristhian Rivera, age 24, has been charged with first degree murder in the case. Police confirmed during a press conference Tuesday that he is an immigrant who is in the country illegally.

“We have confirmed with Homeland Security Investigations that he is and illegal alien and has been in this area for 4 to 7 years,” Rick Rahn, special agent with the Iowa Division of Criminal Investigation, said at the press conference. “We first approached Mr. Rivera yesterday… There was no fight or struggle of any kind.”

According to a charging documents, Rivera told investigators that he ran next to Tibbetts until she threatened to call the police and tried to run away. Rivera said he chased her and blacked out. He said he came to, realized that he had killed her and put her body in the trunk of his car, according to the documents.

We have another preventable tragedy. Tibbetts, an American citizen, would still be alive if this illegal alien weren’t here. Mr. Rivera has reportedly lived in the U.S. illegally over the past four-to-seven years. This is a story. It’s yet another time showcase how our immigration system is in need of reform and enforcement. Tibbetts joins the ranks of scores of American families who have been brutalized by illegal alien criminality. For Democrats, they don’t care about this. They can’t. This is a future voting base—and they want their votes. So, screw the Tibbetts family is the reaction from liberals, which was captured by Sen. Elizabeth Warren (D-MA). Pocahontas had the gumption to say that she feels bad for the Tibbetts family, but we have to remember the real problem is the all the illegals we have detained at the border; illegals that were arrested breaking the law. Democrats have done a good job playing the violin for these child separations, though they also occurred under Obama. It was a cold answer for a party that is supported by hyper-emotionalism. Some were even suggesting that it was worse than Michael Dukakis’ answer on the death penalty during the 1988 presidential election. If you need proof that Democrats care more about illegal aliens than American citizens, here’s your answer. Warren said this in an interview with CNN's John Berman yesterday:

An innocent girl was murdered by an illegal immigrant, and Elizabeth Warren treats it like an inconvenience to her talking points. pic.twitter.com/yPe3dg80L9

Asked about Mollie Tibbetts being murdered by an illegal immigrant, Elizabeth Warren says "I know this is hard" for her family, but they "have to remember" that we need to focus on "real problems" like illegal immigrants not being able to see to their kids https://t.co/RLLKw9ezGx

This is actually worse than Dukakis on the death penalty. https://t.co/JzWNQRwqR2

Oh, and it goes without saying, Warren is total garbage for saying this.