Smart Power: After Assad Reportedly Attacked His Own People With Sarin Gas, It Took Obama Three Days To Respond 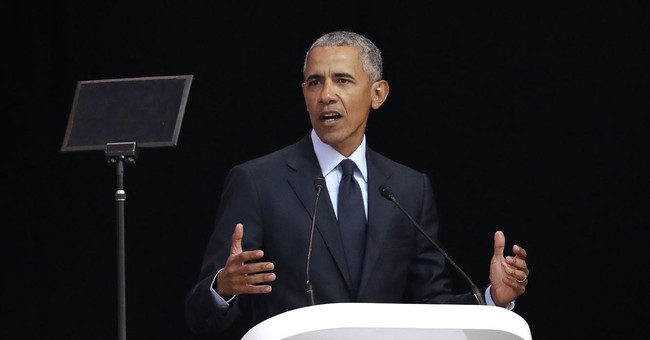 In 2013, Syrian President Bashar al-Assad allegedly launcheda sarin gas attackagainst his own people in Ghouta, Syria, a suburb of Damascus. At least 1,000 people were killed, with thousands exhibiting symptoms related to this chemical weapon. Video footage was shown on CBS News in 2015—the images were horrific. There were multiple times in 2012, where the Obama administration said that chemical weapons would be crossing a red line in Syria, which is still in the throes of a brutal civil war.

There were many “red lines”on this, folks.

In May of 2013, Carney said, “what the President made clear is that it was a red line and that it was unacceptable and that it would change his calculus as he viewed the situation in Syria because the use of chemical weapons represents the kind of escalation.”

The President’s use of the term red line was deliberate and was based on U.S. policy.  The world knew that the Syrian government possessed chemical weapons, and we had a concern that as the regime was increasingly beleaguered, it might use chemical weapons against the Syrian people in desperation. The message that the President delivered that day was the same message that he was delivering in private.

So, when this attack happened in August of 2013, the United Kingdom called the U.S. on what to do regarding a response. It took Obama three daysto respond (via Daily Wire):

It allegedly took three days to get an answer.

Obama proposed to Cameron a cruise missile attack, said it would have to be executed by August 26, but would not commit to such an action yet.

The next day, August 25, Cameron left Cornwall and gathered his advisors in Chequers. On August 26, Cameron called Russian President Vladimir Putin for support. Still no answer from Obama.

August 27: Cameron, in London, tried to obtain support from Parliament for an attack. He spoke to Obama. Still no decision.

By August 29: Cameron's call for an attack against Assad was rejected by Parliament.

Finally, August 30: Obama called Cameron to offer support, but the next day, Obama agreed the U.S. should authorize a strike but he would have to ask Congress because the British Parliament had defied Cameron.

The Wire noted that Congress was out of session at the time. The Obama White House said that Yemen was the future of counterterror operations for the U.S. What happened? Abject failure; the president was briefly placed under house arrest by rebels, he escaped, and now the country is now in the midst of a civil war. We did nothing when the Russians invaded and annexed Crimea. Syria and the world could read this president like a book and knew he would do nothing, which is exactly what happened here. In fact, the Obama administration did pretty much nothing over Syria, overcome with paralysis by analysis that was further complicated with an increased Russian presence in the country; Russia is pro-Assad. So, we have yet another episode in the annals of Obama smart power, which pretty much shows what a dumpster fire it was on the world stage.