WaPo Conservative: I Miss Obama And Would Take Him Back In A Nanosecond 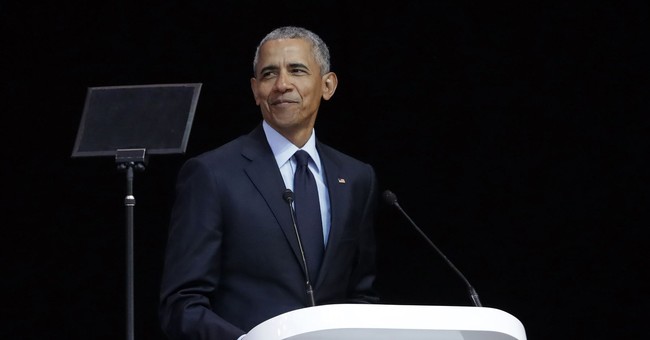 Well, this is some Grade-A crap. Apparently, there are some so-called conservatives that miss Barack Obama and would take him “back in a nanosecond.” It’s not because they support his policies. It’s because Donald Trump is president, and that is a sour grapes reason. Max Boot made this point in his op-ed this week:

How I miss Barack Obama.

And I say that as someone who worked to defeat him: I was a foreign policy adviser to John McCain in 2008 and to Mitt Romney in 2012. I criticized Obama’s “lead from behind” foreign policy that resulted in a premature pullout from Iraq and a failure to stop the slaughter in Syria. I thought he was too weak on Iran and too tough on Israel. I feared that Obamacare would be too costly. I fumed that he was too professorial and too indecisive. I was left cold by his arrogance and his cult of personality.

Now I would take Obama back in a nanosecond. His presidency appears to be a lost golden age when reason and morality reigned. All of his faults, real as they were, fade into insignificance compared with the crippling defects of his successor. And his strengths — seriousness, dignity, intellect, probity, dedication to ideals larger than self — shine all the more clearly in retrospect.

Okay—let’s simmer down. Just because your side lost doesn’t mean this is the death of the country, or that we’re in a crisis, or that we’re on the brink of the apocalypse. Liberals think this way, which explains their months long descent into insanity. And guess what: Obama was weak on Syria, Obamacare is a nightmare, Yemen—the future of counterterror operations according to Team Obama—turned out to be a disaster, the dithering on Ukraine was abysmal, and the Iran deal was abject capitulation. I’m sorry. No Republican misses Obama. Also, the Obama era represented a golden age of reason? Seriously? If you like your plan, you can keep it—one of the biggest lies since Bush 41 promised not to raise taxes. Oh, and how about the Ukraine fiasco, where the Obama White House couldn’t muster the intellectual honesty to call it what it was—an invasion by Russia. Instead, we got “uncontested arrival.”

Let's face it, the Obama agenda was left wing trash. It’s only the dying Never Trump wing of the GOP—what’s left of them—that is still incapable of accepting Trump’s win. It’s not like it was handed to him. The 2016 GOP primaries were a slugfest—and Trump came out on top. Yes, I was skeptical of Trump. He wasn’t a conservative Republican; he’s a right-leaning populist. But he’s surprised me. He’s governed more conservatively. His cabinet is the most conservative in years. Again, he’s given the traditional conservative GOP base almost everything they want: tax reform, cutting regulations, and boosting military spending. Projections shows that tax reform has led to four percent economic growth in the second quarter, three million jobs, the highest levels of consumer and small business confidence in years, an 18-year low in unemployment, historic lows in black unemployment, and bonuses for over three million workers; the average bonus check being $1,000 and in some cases, as high as $3,000. Over 250 companies have benefitted from the Trump tax cuts—and unemployment could reach a 50-year low under Trump’s agenda. Yeah, it’s really horrible out there.

Boot isn’t the only conservative throwing a tantrum. His colleague George Will, whom I grew up reading on a weekly basis, said he hopes the GOP is defeated in November. He made this view known last month:

Amid the carnage of Republican misrule in Washington, there is this glimmer of good news: The family-shredding policy along the southern border, the most telegenic recent example of misrule, clarified something. Occurring less than 140 days before elections that can reshape Congress, the policy has given independents and temperate Republicans — these are probably expanding and contracting cohorts, respectively — fresh if redundant evidence for the principle by which they should vote.

The principle: The congressional Republican caucuses must be substantially reduced. So substantially that their remnants, reduced to minorities, will be stripped of the Constitution’s Article I powers that they have been too invertebrate to use against the current wielder of Article II powers. They will then have leisure time to wonder why they worked so hard to achieve membership in a legislature whose unexercised muscles have atrophied because of people like them.

In today’s GOP, which is the president’s plaything, he is the mainstream. So, to vote against his party’s cowering congressional caucuses is to affirm the nation’s honor while quarantining him. A Democratic-controlled Congress would be a basket of deplorables, but there would be enough Republicans to gum up the Senate’s machinery, keeping the institution as peripheral as it has been under their control and asphyxiating mischief from a Democratic House. And to those who say, “But the judges, the judges!” the answer is: Article III institutions are not more important than those of Articles I and II combined.

It makes one think if they’re even looking at the economic indicators. The booming economy, plus, yes, the judges, is ample reason for any Republican to turn out and vote this year. Judges, as it so happens, was a key part in boosting GOP turnout in 2016 when the Scalia vacancy was up for grabs to whoever would succeed Obama. We won. A solid conservative in Neil Gorsuch has filled it. Anti-Trump hysteria is bad, but it’s intolerable when we have those who claim to be on our side say the GOP should be defeated in November because of anti-Trump sentiment. Also, I’d rather chug bleach than entertain such a silly debate about returning to the days when Obama was in the Oval Office. Also, we tried destroying villages to save them in Vietnam. It didn’t work out over there, and it sure won’t be a clean slate moment for the GOP.

Look beyond Trump’s rhetoric, his policies are sensible and mainstream. Yes, even his immigration policy, which is merely enforcing federal immigration law, is sensible. I will have no issue voting Republican in 2018, and look forward to voting for Trump again in 2020. And I think a lot of Republicans feel the same way. Those who still want to whine like losers can do so; it’s a free country. But their cries will be drowned out by a vibrant and re-energized economy thanks to Donald J. Trump.