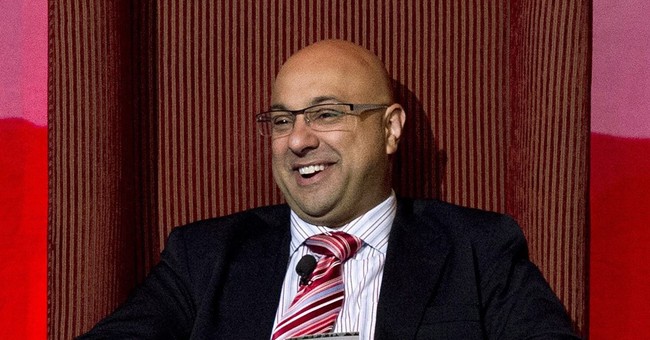 Have we learned nothing from ABC News’ Brian Ross, the man who had twice reported on absolute garbage? The first major hiccup was when he tried to tie the tragic Aurora shooting to the Tea Party, saying James Holmes might be a member. He wasn’t and Ross was forced to apologize for his sloppy reporting. The second literally cost us when he spouted that former National Security Adviser Michael Flynn was ordered by candidate Donald Trump to meet with the Russians during the 2016 election. It was actually after Trump won, he was president-elect, and it tanked the markets; Ross was suspended without pay for four weeks. Well, over at MSNBC, they peddled something even more off base: the National Rifle Association just adds random people onto their membership lists to boost about those numbers when attacked.

I get an NRA membership number. The NRA hasn’t responded to my comment. How is it you know for a fact that I’m not counted in its membership?

"The NRA claims to be a membership organization—I guess like a club—but they won't release their data, leading some to be skeptical about its real purpose and funding," Velshi said. "I'm a gun owner. Every year I receive a membership card from the NRA with a membership number. I've never asked for one. I've never paid for one, but I strongly suspect that I am counted in the secret records of the NRA as a member."

The NRA is the gun industry's lobby," he said. "It doesn't represent gun owners. It represents gun makers and exists to protect their profits—the same as the pharma lobby or the bank lobby or the corn lobby. Strangely, we all use drugs and banks and most of us eat corn, but we don't have cards that indicate our membership and support of those industries and their lobbies."

"I think the NRA is ingenious," he said. "It does the bidding of gun makers under the cover of being a broad-based membership organization, and it uses the money from the industry to promote a way of thinking that pits ordinary, responsible gun owners against the vast majority of Americans who believe in gun control."

Well, as the publication noted, sending prospective customers a “membership card” in the mail is a common fundraising scheme. It does not mean you’re a member of that group. I’ve received a few in the mail. For example, here’s my “membership” to Amica Auto Home Life Insurance. I’m really insured by GEICO. That’s what probably happened with Velshi.

There’s zero evidence to support his claim. It’s total nonsense, but it’s these shenanigans that plays well with MSNBC’s viewers and their already preconceived notions of the NRA, one of the nation’s oldest civil rights organizations. During the March for Our Lives event in D.C., Velshi again repeated the claim, noting that his lack of response from the NRA more or less confirmed his theory. Well, the NRA reached out to the Free Beacon and said this: Velshi is not a member:

The National Rifle Association told the Washington Free Beacon that MSNBC anchor Ali Velshi is not currently counted as one of its members and never has been, despite the anchor's on-air claim that the group conspired to count him as one in order to inflate their membership numbers.

"Mr. Velshi is not and has not been a member of the National Rifle Association," Jason Brown, NRA media relations manager, told the Free Beacon.

Velshi has claimed on air, without presenting any supporting evidence, that the NRA is secretly counting him as a member. On February 16, 2018, Velshi said each year he receives a membership card from the NRA despite never having signed up with or paid dues to the group.

These attacks against the NRA will continue, but they’ll endure—and so will we. That being said, don’t forget to vote in November, folks.