Crackdown: PA School Doles Out Major Detention Slips To Students Who Walked Out For Gun Control 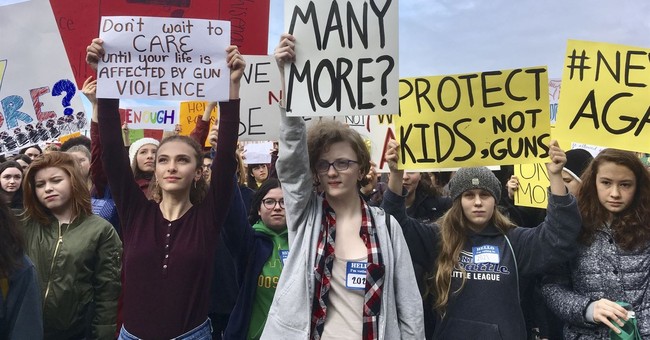 Pennsylvania was not shielded by the nationwide student walkout for gun control. Yes, some students joined their peers from across the country to demand more gun laws. This wave of activism is due to the horrific Marjory Stoneman Douglas High School shooting on February 14, where Nikolas Cruz shot and killed 17 people in Parkland, Florida. Two pieces of legislation have passed since then, one at the federal and local level. In Florida, bumps stocks are banned, more mental health programs are going to be offered, a tip line is to be established to report threats, and the age to buy a long gun was increased to 21. The latter part is terrible and has met legal action from the National Rifle Association. In D.C., a school safety package overwhelmingly passed the House. Yet, anti-gun activists aren’t happy. This doesn’t go far enough for them. How to create pressure? Getting some kids involved. Yet, for Pennridge High School, located near Philadelphia, over 200 Saturday detentions were handed down (via The Morning Call):

More than 200 students who walked out of Pennridge High School on Wednesday as part of a nationwide call to end gun violence will face Saturday detentions for their actions, according to Superintendent Dr. Jacqueline A. Rattigan.

About 225 students, including a few who were accompanied by their parents, walked out of school to conduct their own event, according to a statement issued Wednesday by Rattigan.

Pennridge had issued a notice to families on Tuesday, telling them that the hgh school would be conducting an in-house assembly to remember the 17 students and staff from Marjory Stoneman Douglas High School who were killed on Feb. 14. The in-school assembly included 17 minutes of silence and a power point showing the students and staff killed by alleged gunman Nikolas Cruz.

The notice also warned that students who left school for a walkout would be doing so without permission and thus would face the normal consequences. Rattigan said students who were not accompanied by their parents will face discipline.

Well, they were warned.